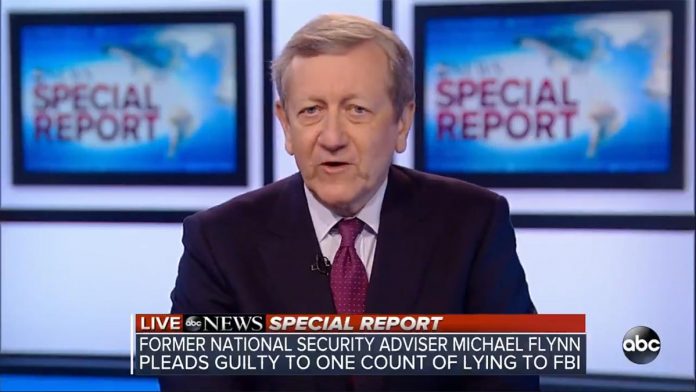 ABC News suspended its chief investigative correspondent without pay on Saturday, one day after the network reported that candidate Donald Trump—rather than President-elect Trump—had told Michael Flynn to contact the Russian government.

“We deeply regret and apologize for the serious error we made yesterday,” the statement read, explaining that Ross’ reporting “had not been fully vetted through our editorial standards process.” Ross, the statement concluded, “will be suspended for four weeks without pay.” Read more at ABC NEWS.