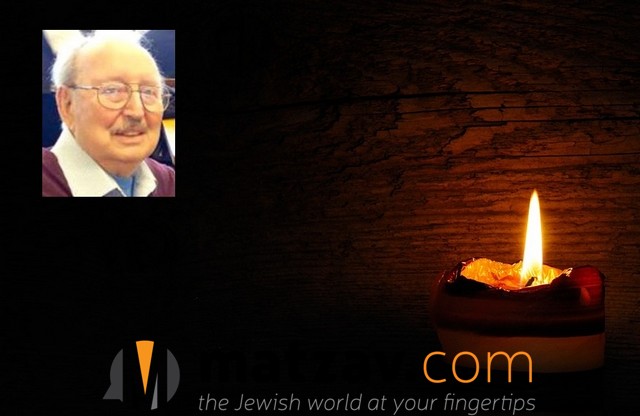 Abraham Peck had that number etched into his left forearm. From the age of 15 to 20, he heard his captors use it, and only it, to refer to him.

Peck spent almost all of World War II being shuttled around in cattle cars from one concentration camp to another, where he was forced into slave labor, suffered starvation, torture, loneliness and profound loss.

He watched his father die at the hands of the Nazis. He lost almost every friend and family member, while he clung to life, finding strength in the belief that if he perished, Hitler would win.

“He saw he was in a battle with Hitler and the only way to win that battle was surviving,” his son Jacob told the New Jersey Record. “He felt if he survived, he could tell people about the horrors the Nazis perpetrated.”

In all, he was held in nine different concentration camps.

But, as his biographer Maya Ross told New Jersey Record, for him “living was winning.”

And he did. He lived to marry, have a son, two grandchildren, three great-grandchildren and own his own business here in America.

Last Thursday, at 91 years old, he passed away from kidney failure, the New Jersey Record reported.

Before he died, though, he shared his story to educate anyone who would listen.

“Abe’s mission was to prevent this from ever happening again by teaching as many people as possible,” Ross told the newspaper.

After the Nazis swept through Poland and much of Europe, only 13 of those 500 were alive.

Peck was one of them.

According to his biography, “Abe-vs-Adolf,” his family included 90 people – four grandparents, two parents, a sister, 14 aunts, 14 uncles and 54 cousins – of whom only seven survived the war.

Peck was one of them.

The others were six cousins.

He recalled his childhood in the 1930s fondly, something out of a storybook, hanging around with a friend named Monick. Together they built a kayak for the summers, using thin plywood, nails and tar. In the winter, they built sleds.

A local farmer milked a cow directly into a pail for his family. His father tended to a vegetable garden in their yard, which he used to feed the family and stock a popular restaurant he owned in town.

The atrocities that awaited him remained unimaginable.

In 1938, he had his bar mitzvah. He remembered eating ptcha, calves feet cooked to the “consistency of gelatin,” he explained – and herring. He also remembered the growing fear for European Jews, as Hitler amassed power.

“We heard Hitler’s speeches on the radio,” he told Ross. “It was a sad time. The Jewish people were depressed and worried at the time I became a bar mitzvah.”

In late May two years later, after the Germans invaded Poland, they set up a ghetto in Szadek.

“At first the Szadek ghetto was open, but to make sure none of the Jewish people could freely come and go, the Germans soon enclosed it with a wooden and barbed-wire fence,” Ross said. “It was sealed in the summer of 1940. German police were ordered to shoot without warning any Jew who might approach the barbed-wire fence.”

During the next five years, he would be held in camps like Auschwitz, Jaworzno and Blechhammer, nine in all.

His father Jacob had served in the Polish army in World War I, until a bullet sliced clean through his arm. Now, years later with the world at war again, he found himself a slave at the Nazi’s Rawicz Working Camp. In the spring of 1942 he, like many others, contracted pneumonia and died.

“The conditions in the working camps were terrible,” Peck said. “Men were dying from hunger and disease. One of the men was my father.”

Peck was 16 years old, stricken with typhoid, his body burning with a 105 degree fever. But he wanted more than anything to see his father into his grave, to treat as a funeral the dumping of his body in a mass grave.

Each morning, a buggy came to pick up the bodies from the camp and bury them somewhere, though the prisoners didn’t know where. Peck asked to join the trip the morning after his father’s death.

In response, a guard slammed a rifle into the small of the sick teenager’s back, screaming as an answer, “You goddamn dog. You go back to work.”

“But there was no work,” Peck told his biographer years later. “We were just cleaning up the dead.”

He still doesn’t know where his father’s body is buried.

In April of 1945, American forces liberated Peck along with other survivors at Dachau, and he learned most of his family had perished.

He spent time in mourning and anger, but one year later he met Helen Fajwelman, another survivor of the concentration camps.

“I settled down a lot when I met Helen,” Peck said in his biography. “If I wanted to live, I couldn’t stay the way I was. I had to go with my life.”

In 1949, he and Helen had a son named Jacob. Later that year, the two immigrated to America, settling in Paterson, N.J. Peck found work an upholstery manufacturing company, which he eventually purchased, renamed Jalen Corp. and ran for 25 years.

In other words, they lived.

But he also took every opportunity to share his story. By telling it, he hoped people would not “stand for any injustice in the world,” his son Jacob told the New Jersey Record. “That was a core piece of his legacy.”

When he was 88, for example, he visited Saddle Brook High School to share his story with its students.

“I feel very strong that the young generation should know that there was an evil that killed 6 million people and that it can happen again,” Peck told Patch.com.

He didn’t hold any details back.

“Every day living in a camp, every hour was like an eternity,” Peck told the children, according to the website. “If the guard man didn’t like the way you looked at him, he would tell you, ‘Get me the [gun],’ and he would shoot you. We were not human.”

Simon Glustrom, the rabbi at the Fair Lawn Jewish Center of which Peck was an integral member, said Peck “did not expect the world to look with great pity on him.”

“My life was like a Garden of Eden compared to Abe’s,” Glustrom told the New Jersey Record.

But he said Peck taught him one important lesson, “That a person should never give up, that there is always hope for the future.”

“What I learned from my terrible ordeal is not ever to give up hope,” Peck wrote in a statement that one teacher later read to the students at Saddle Brook High School. “It is up to all of us to speak up when we encounter injustice. Do not allow yourself to become a victim or a bystander. We must love and respect our fellow human beings regardless of differences in religion, nationality or color. With hope, let each of us take responsibility to build a better world. One life at a time. One day at a time.”