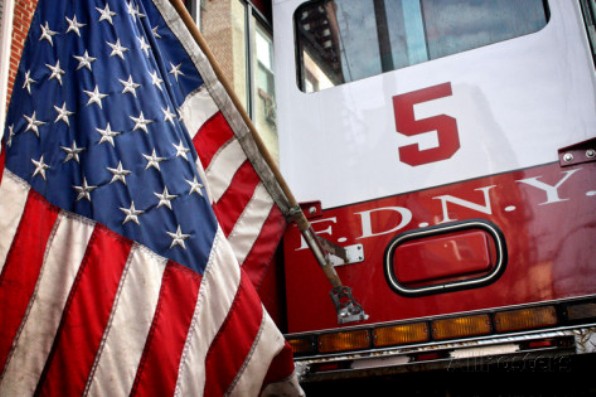 The New York City Fire Department has prohibited its firefighters from hanging photos of President-elect Donald Trump on trucks and in firehouses, the NEW YORK POST reports.

“Only [the] FDNY wouldn’t want the democratically elected president of America hanging in a firehouse,” said one unnamed firefighter, in the New York Post. “The firehouse is supposed to be a symbol of America. That’s hard to believe when you can’t post a picture of the president.” A memo this week urged those in the department to “remain out of the political scene and out of the political field” amid the aftermath of a particularly polarizing presidential election. The department reportedly received complaints about a firetruck in Brooklyn that had a Trump mask on its grille.

“Posting of these materials is not in compliance with regs,” the message read. “Please make sure apparatus and quarters are clear of this material.” Still, pictures of past presidents hang in firehouses all over the city. “They have pictures of… George Bush standing on the World Trade Center pile with a megaphone,” a source said. “FDNY posts pictures all the time. When Barack Obama visits firehouses, FDNY officially posts photos of him shaking hands, people smiling—no problem there.” Read more at the NEW YORK POST.