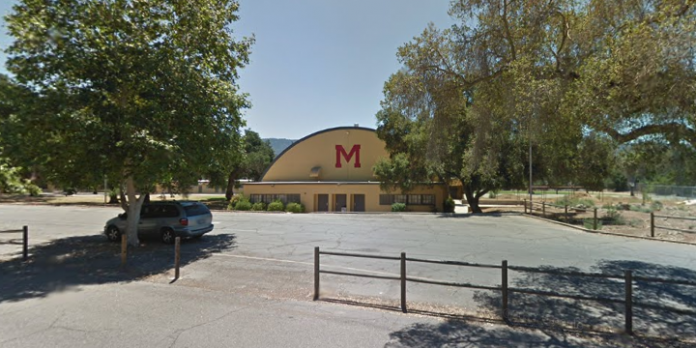 In a letter sent to parents at Matilija Junior High School in Ojai last month, administrators said a dozen pupils were found to have participated in a group chat that included “racist, sexually inappropriate and threatening commentary including a comment by a student to bring knives to school.”

Photos shared in the chat — which was active between mid-November to early December — showed nine students laying on a field together during lunch break, positioned in the shape of a swastika.

A “full and thorough investigation” carried out by police into the messages found that there was no active threat toward students on campus,” according to the letter, which was first reported on by the Los Angeles Times on Thursday.

“The Matilija administration and staff are beyond saddened that this occurred,” the school said, adding that it is taking the incident “very seriously and assigning appropriate consequences to those involved.”

Administrators urged parents to monitor their children’s social media use, and said they plan to host several activities to educate students on the gravity of the offenses involved.

The Anti-Defamation League (ADL) on Thursday called the incident “chilling,” but applauded the school for addressing the issue and said it will offer anti-bias education programs to the broader school district.

“It’s a reminder of the need for Holocaust [and] anti-bias education in schools,” the group stated.

ADL chief Jonathan Greenblatt described the pattern as “deeply troubling” at the time, and observed that since “students do not always report when they are being bullied,” it was likely that the real level of hate incidents was higher than currently known.