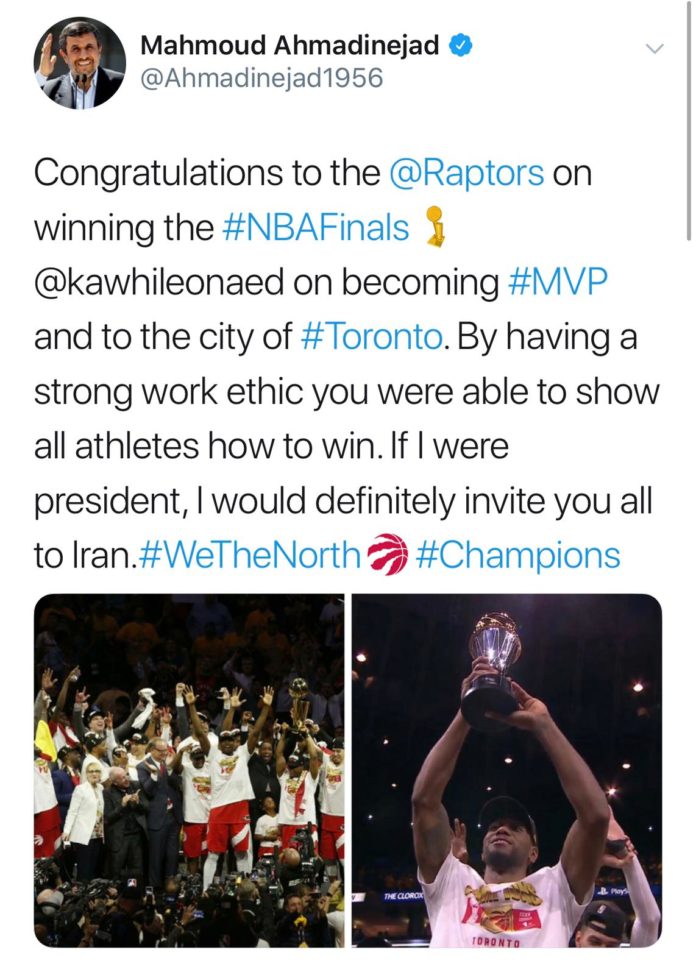 Ahmadinejad made his proclamation on Twitter on Friday, Fox News reported.

“Congratulations to the @Raptors on winning the #NBAFinals @kawhileonaed on becoming #MVP and to the city of #Toronto. By having a strong work ethic you were able to show all athletes how to win. If I were president, I would definitely invite you all to Iran,” the former puppet president wrote.

His declaration comes after a Raptors executive promised a team trip to Israel to celebrate their championship.