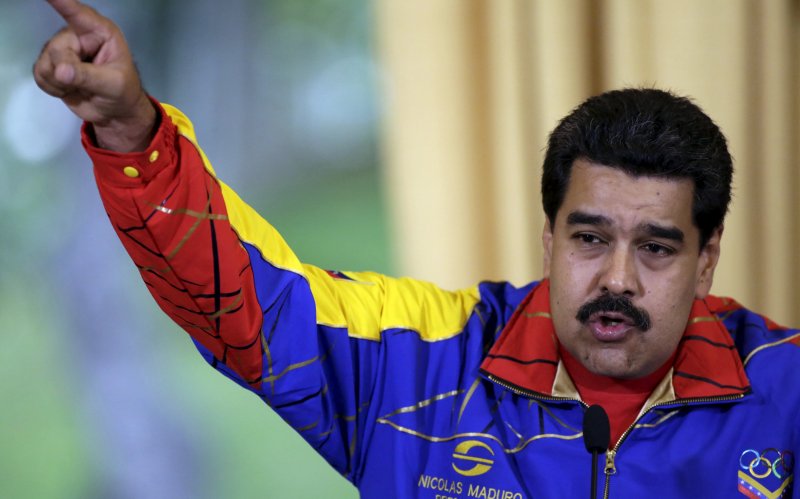 Opponents of Venezuelan President Nicolás Maduro on Monday pledged to defy the government with escalating protest tactics, a day after showing their strength in an unofficial referendum that they said drew more than 7 million votes condemning his rule.

Leaders of the Democratic Unity coalition say they will bring the country to a halt with a 24-hour general strike Thursday, urging workers to stay home and businesses to shut their doors to protest Maduro’s controversial plan to overhaul Venezuela’s constitution.

They also invited Venezuelans who remain loyal to Hugo Chávez but dislike Maduro, his hand-picked successor, to join them in a unified front to stop the government from moving forward with a July 30 vote to elect delegates for a “constituent assembly” empowered to rewrite the 1999 constitution. Critics see the maneuver as a naked power grab that would amount to a death sentence for democratic rule.

“This is the zero hour,” opposition lawmaker Freddy Guevara said Monday, characterizing upcoming protest measures as a last-ditch effort to save the country from full-blown dictatorship.

The U.S. government intensified the pressure on the Maduro government on Monday, with President Donald Trump vowing in a statement to “take strong and swift economic actions” if the July 30 vote took place. He called Maduro “a bad leader who dreams of becoming a dictator” and praised Sunday’s referendum.

Maduro opponents likened the Sunday vote to an act of mass protest. Of the nearly 7.6 million Venezuelans said to have participated in the balloting – organized by opposition leaders, not election authorities – more than 98 percent voted to reject the government’s plan to draw up a new constitution, opposition leaders said. The vote also urged Venezuela’s armed forces to uphold the existing constitution and support early elections.

Buoyed by those results, Guevara said, opposition lawmakers this week will also name new supreme court justices in a repudiation of the current court, which Maduro has stacked with loyalists. The move seems likely to deepen the standoff between Maduro and the opposition-controlled parliament, with the two sides on a path to developing competing legal systems.

On Monday, Socialist Party officials who back Maduro dismissed the 7.6 million vote tally as wildly inflated, claiming that opposition supporters voted multiple times and that the organizers of the referendum did not bother to actually count the ballots. They did not offer any proof to substantiate their claims.

But Félix Seijas Rodríguez, director of the independent Delphos polling agency, said he was “amazed by the results” of the referendum, given that it was organized in only three weeks and faced significant challenges. The Maduro government blasted the exercise as illegitimate and hurled threats at organizers while attempting to enforce a news blackout.

Anti-Maduro voters also faced the threat of violence. In one Caracas neighborhood, gunmen opened fire outside a polling station, killing one and injuring four.

On July 30, the Maduro government will ask Venezuelans to elect representatives for the constituent assembly. Government opponents see Maduro’s effort to rewrite the constitution as potentially a fatal blow to what remains of Venezuelan democracy, particularly if the assembly allows the unpopular Maduro to remain in office beyond 2019, when his term is set to expire.

At least 92 people have been killed in more than three months of unrest and near-daily clashes between security forces and protesters. Opposition leaders said Monday that Venezuela’s democracy had reached a tipping point, requiring an intensification of street demonstrations and defections from within the government.

“We interpret [the results] as a message from the people telling us to keep doing what we have been doing, plus much more,” said Juan Andrés Mejía, an opposition legislator who organized the referendum. “We will respond to that call accordingly.”

Some opposition supporters said they were disappointed that the referendum fell short of the 11 million votes they were hoping for. The final reported tally of 7.6 million votes was also lower than the 7.7 million who voted for the opposition in 2015 parliamentary elections.

But analysts pointed out that the referendum was only symbolic, lacking the logistical support and infrastructure of an official election. Only about 15,000 polling stations were set up for the referendum, compared with more than twice as many during ordinary elections.

“This wasn’t a presidential election,” said John Magdaleno, a political consultant and the director of the Polity polling firm. “It’s just an unofficial consultation.”

Activists and analysts compared the turnout with the numbers of votes Chávez obtained when he held similar referendums.

Chávez never got more than 6.5 million people to vote in his favor in the referendums, analysts noted, and when Venezuela’s economy was humming and he was reelected president in 2012, he obtained just over 8 million votes.

He died of cancer in 2013, and Maduro, his Socialist Party successor, has fared poorly in his shadow.

Despite the latest demonstration of opposition to his plans, few believe that Maduro is willing to change course. Dismissing the referendum results as inconsequential, he called on his opponents to “sit down to start a new round of dialogue” with his government.

Maduro’s opponents are boycotting the July 30 vote, and in recent surveys, 85 percent of Venezuelans say they reject changes to the constitution.

“People will be disappointed if they expect the government to react directly to the results [of the referendum] or change anything,” said Luis Vicente León, a political analyst and the director of the Datanalisis polling agency, adding that the large turnout was important nonetheless.

“More than 7 million people participated actively in an act of civil disobedience and ignored the government’s allegations that it was an illegal one,” he said.