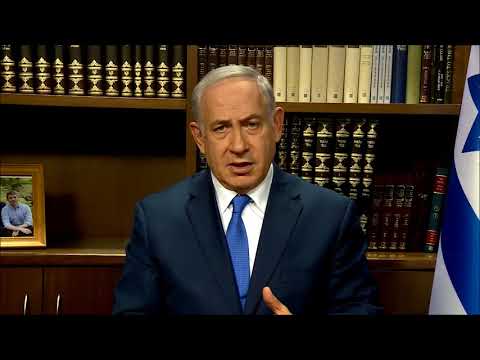 Prime Minister Benjamin Netanyahu warned in a video clip published Saturday night that Israel would not tolerate an Iranian military presence in Syria — hours after Arab media reports said Israel carried out strikes on an Iranian military facility near Damascus.

“Let me reiterate Israel’s policy: We will not allow a regime hell-bent on the annihilation of the Jewish state to acquire nuclear weapons. We will not allow that regime to entrench itself militarily in Syria, as it seeks to do, for the express purpose of eradicating our state,” said Netanyahu. Read more at Times of Israel.