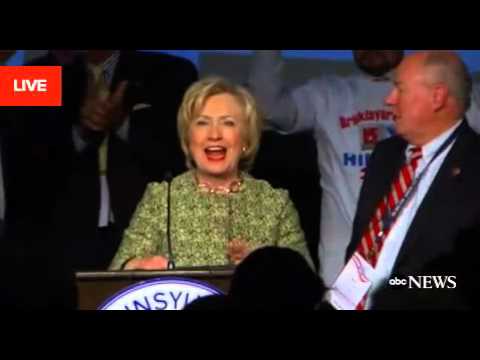 After suffering yet another lopsided loss to Bernie Sanders, Hillary Clinton remarked Wednesday after a speech in Pennsylvania that her team needed to “get the energy going,” reports the FREE BEACON.

A day after the defeat, Clinton spoke to the Philadelphia chapter of the AFL-CIO and delved into labor unions and fair wages, in addition to hitting her opponent with increased ferocity.

“Great remarks,” a man told her on stage afterward.