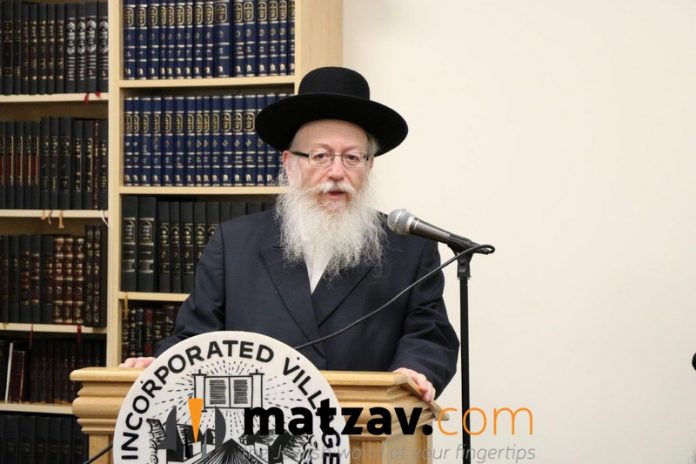 Attorney General Avichai Mandelblit has decided to indict Housing Minister Yaakov Litzman on the United Torah Judaism party for obstruction of justice and breach of trust, pending a hearing.

The pending charges relate to suspicions that Litzman used his former position as deputy health minister to prevent the extradition to Australia of a former principal of an Orthodox girls school in Melbourne accused of assaulting minors, and to prevent the closure of a deli cited for health violations.

Mandelblit won’t indict Litzman for bribery, which police recommended he be charged for.

Litzman’s office issued a statement reacting to Attorney General Avichai Mandlelblit’s announcement that he intends to indict the minister.

“We believe in Minister Litzman’s full innocence,” it says, welcoming Mandenblit’s decision not to include a bribery charge.

His offices says Litzman is readying for the hearing and that “b’ezrat Hashem” he won’t ultimately be charged.