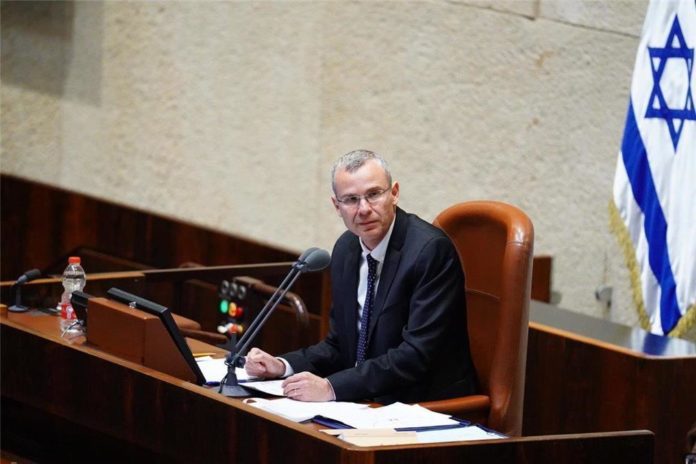 “This day … will be remembered as one of the lowest points in the Israeli judicial system,” he said in a Facebook post.

In a veiled reference to the arguments of American attorney Alan Dershowitz, Levin added, “The indictments against the prime minister are unprecedented in western democracies. Their place, if at all, is in the ethical, not criminal sphere, which is why legal experts in the world are criticizing them so harshly. Israel needs a fair, equitable and impartial law-enforcement system.”

He said that the trial about to be launched “is not only of Benjamin Netanyahu, but of the future of Israeli democracy and on the future of its law-enforcement system.”

“Netanyahu received unprecedented support in the last elections, in which the Likud under his leadership received the highest number of votes of any party since the establishment of the state,” he said. “That was an expression of personal faith in the prime minister and his leadership, and also an expression of protest in view of the inappropriate process that is taking place against him.”

Levin concluded, “As someone who knows … Netanyahu, his work and his absolute commitment to Israel and the citizens of Israel, I know that a terrible injustice has been done to him. I believe that any decent person who examines the cases and the proceedings that preceded their filing, instantly would conclude that their fate is one: collapse. I, like millions of Israeli citizens, stand by the prime minister; [stand] by truth; [stand] by justice.”

On Nov. 21, 2019, Netanyahu was charged in three cases: one involving gifts that he and his wife received over the years from wealthy friends, and two others surrounding his alleged attempts to secure positive coverage in the mainstream media.