Iranian President Mahmoud Ahmadinejad plans to throw a rock at Israel to demonstrate his hatred for the Jewish state on his planned trip to Lebanon, London-based paper Al-Quds al Arabi reported on Tuesday. But he will do so from a heavily fortified location just in case Israel decides to retaliate.But an Israeli spokesman dismiss the stunt as ridiculous. “A rock? If that’s the best he can do, no problem. Besides, some say, we threw a worm at him first.”

Ahmadinejad plans to meet with Lebanese President Michel Suleiman, as well as other Lebanese officials, on October 13. During the two-day visit, the Iranian president will participate in events near the Israeli border. One event is the inauguration of a garden in southern Lebanon, during which Ahmadinejad plans to throw the rock, Al-Quds reported.

Another event is the establishment of an Iranian center in the village of Maron A-Ras, where there IDF soldiers fought in the Second Lebanon War. Ahmadinejad is expected to discuss Israeli-Palestinian peace talks in a speech in Bint-Jbil, another battle site near the border

Hizbullah is reportedly providing security for the Iranian president on his trip to Lebanon. 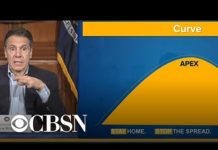