Republican presidential nominee candidate Herman Cain called for the Occupy Wall Street protestors to relocate to the White House, in remarks he made Friday at the Family Research Council’s annual Values Voter Summit, in Washington, D.C.

“When a reporter asked me the other day, well, what do you think about those demonstrations up on Wall Street, I said, first of all, Wall Street didn’t write these failed economic policies — the White House did,” said Cain.

He then added, “Why don’t you move the demonstrations to the White House?”

Cain also quoted the Declaration of Independence, stating that “it is the right of the people to alter and to abolish” the government. “We’ve got some altering and abolishing to do!” he said.

“I want to thank you all for being here, because that means you get it,” Cain remarked. “And you’re not going to let the liberals take this country down.”

“I may not have ever held a high political office, but I know what leaders do,” said Cain, who made an appeal to those in attendance with an endorsement of traditional values, pro-life beliefs and an understanding that marriage is defined as between one man and one woman. He also said as president he would have asked the Department of Justice to enforce the Defense of Marriage Act (DOMA), which the Obama administration is not doing, and is, in fact, actively opposing. 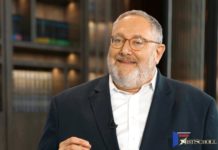 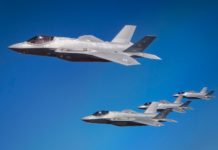 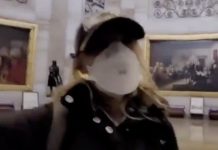 BOMBSHELL: CNN Was In On It – Reporter Disguised Herself As Trump Supporter And Plotted With BLM Member