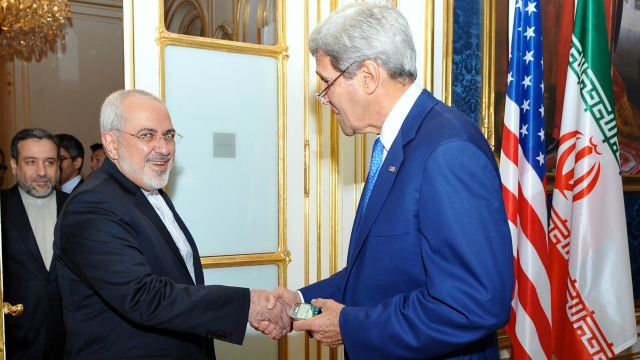 With its recent decision to further ease economic sanctions on Tehran, the Obama administration has “opened the door to business with Iran’s leading terrorist group — the Islamic Revolutionary Guard Corps (IRGC),” a pro-Israel lobby group said.

In a memo issued on Monday, the American Israel Public Affairs Committee (AIPAC) said the Treasury Department’s move to allow Iran greater access to the US dollar “accelerates a pattern of undeserved concessions to Tehran as it simultaneously escalates its terrorist activities, ballistic missile tests, and human rights violations.”

Furthermore, AIPAC said, “any long-term success of the Joint Comprehensive Plan of Action (JCPOA) depends on Iran understanding that any violation will lead to swift, certain response. Undeserved concessions going beyond the JCPOA only reinforce Tehran’s propensity to violate its international obligations and ultimately undermine the JCPOA itself.”

AIPAC called on Congress to “press the administration to clarify its policy toward entities controlled in whole by sanctioned entities like the IRGC.”

The administration’s actions vis-à-vis Iran, AIPAC went on to say, “reflect an opaqueness in US decision-making and an emerging pattern of unwarranted leniency.”

“Congress and the president must take corrective steps now and in January to stop undeserved concessions to Iran and hold Tehran accountable,” the memo stated.

After the JCPOA was signed by Iran and six world powers last July, AIPAC urged Congress to reject it. Two months later, AIPAC expressed disappointment in the filibuster used by Senate Democrats to prevent a vote on the deal.