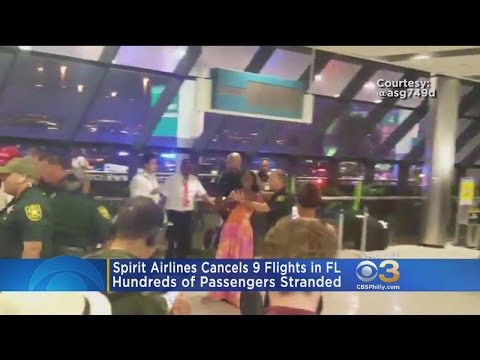 The low-cast air carrier has cancelled 300 flights over the past seven days, which Spirit blames on its pilots, who they are now suing in federal court.

But things came to a head on Monday after frustrated passengers who had been left stranded clashed with airline employees and local police, according to CNN.

Tensions between travelers and airlines have been heightened since a passenger was violently dragged off a United Flight last month to make room for airline employees.

Spirit’s front ticket counter “turned into chaos” on Monday, according to the report, when angry passengers exited a plane after their flight had been cancelled and swarmed the counter, where there was already a long line. Read more at The Hill.