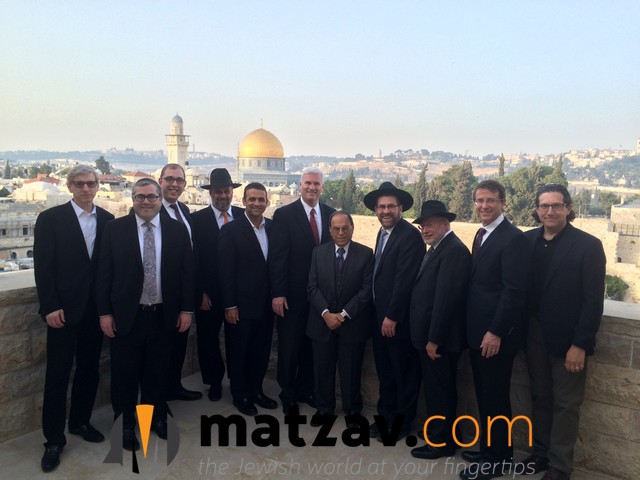 US Representative Thomas Emmer (R-MN) recently returned from Israel, having spent the Congressional Memorial Day recess in Israel as the guest of Aish HaTorah. This June 1-6 trip was the Congressman’s first trip to Israel.

In addition to these high-level meetings, the Congressman visited sites of national importance, met with many local residents, and explored the critical issues facing Israel and Israeli society today.

“Seeing Israel first-hand has provided me with a deeper and more nuanced appreciation for both the challenges and opportunities facing the Jewish State,” noted Cong. Emmer. “It was a profound honor to meet with so many members of the Israeli government and military forces. Being in Israel for the past week has reinforced my deep belief in the need for the United States to work hand-in-hand with its friend and ally, the State of Israel, to achieve the common security and strategic aims that we fundamentally share. I am grateful to Aish HaTorah for inviting me to Israel and for providing such a meaningful trip.”

The Congressman and the Minnesota Jewish community leadership delegation heard from multiple perspectives, both Jewish and Arab. They also experienced some of Israel’s most profound educational experiences, including the largest active archeological site in Israel, the City of David; the Aish HaTorah World Center and the Western Wall Plaza; and Yad Vashem, Israel’s national Holocaust museum and memorial.

“Understanding the historical connection of the Jewish people’s bond with the land of Israel is critical,” remarked Daniel Rosen, a Minneapolis attorney and committed Aish HaTorah lay leader. “We were honored to accompany my good friend Cong. Emmer in Israel as he saw the ancient and current evidence of that bond. Aish HaTorah provided an outstanding and deeply meaningful educational experience for the Congressman and the entire delegation. We look forward to working with Mr. Emmer and other members of Congress to strengthen the special US-Israel relationship.”

“Aish HaTorah was founded 43 years ago to address the challenges – both physical and spiritual – that are affecting the Jewish people. We live in a time where the Jewish state’s legitimacy is under constant attack. Creating moments of dialogue with elected officials, especially with members of Congress, is profoundly important. First-hand knowledge of Israel and her successes and struggles is the surest way to create new allies and advocates,” explained Rabbi Steven Burg, Director General of Aish HaTorah.

Aish HaTorah is one of the largest and most dynamic Jewish organizations in the world. Globally, Aish engages over 150,000 people per year and reaches over 1,000,000 people online.

Headquartered in Jerusalem, opposite the Western Wall, the Aish World Center Aish educates more than 50,000 visitors each year, from Jews first exploring the meaning of their heritage to advanced students studying for rabbinic ordination.

Founded by Rabbi Noach Weinberg in 1974, Aish HaTorah’s mission is to provide all Jews the opportunity to explore the depth and beauty of their heritage. 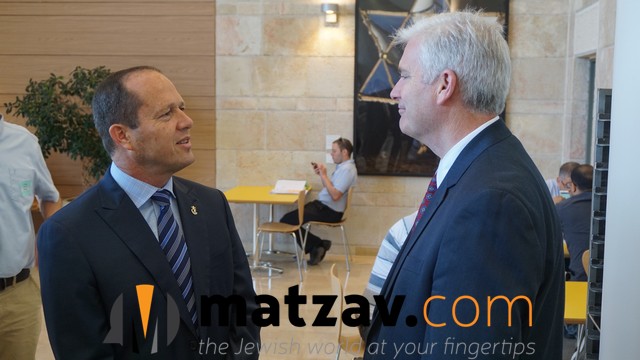 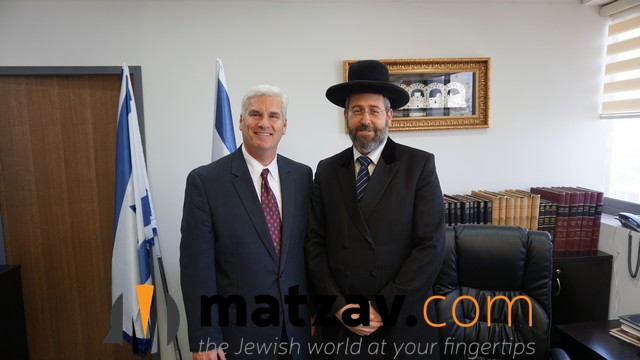