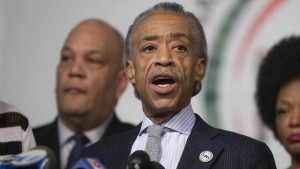 Sharpton is launching his push backing President Obama’s pact with Tehran, according to The Huffington Post.

“I am calling on ministers in black churches nationwide to go to their pulpits Sunday and have their parishioners call their senators and congressmen to vote yes on the Iran nuclear plan,” he said Friday.

“We have a disproportionate interest, being that if there is a war, our community is always disproportionately part of the armed services, and that a lot of the debate is by people who will not have family members who will be at risk,” Sharpton added.

He also argued Friday that his efforts would counter a coordinated national effort against Obama’s historic diplomatic achievement.

“A lot of Democrats, I think, should have to consider how their voters will feel in their base vote,” the reverend added.