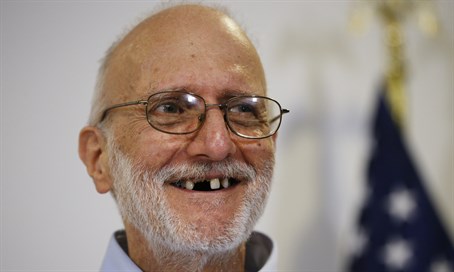 Now that I’ve had some time to reflect on my years of captivity in Cuba, I’m starting to feel settled into my new life in freedom and much more interested in the coming five years than in the five years that I lost.

In the 21 months since my release, I’ve realized that I probably would not be living in Washington, D.C. today were it not for the extraordinary efforts of tenacious members of Congress and their staffs; forward thinkers at the Justice and State departments; folks at the National Security Council, who pushed and shepherded and pushed some more; interventions from Pope Francis; calls to the White House by labor leaders like James P. Hoffa (the son of Jimmy Hoffa), and the final decision to bring me home, ultimately made in the only office that could make such a decision, the Oval Office.

But that decision was five years in the making. What ultimately tipped the scales in the right direction, enabling President Barack Obama to make such a historic decision? The answer I found was everyone regardless of the activity or level of interaction.

In particular, it was the leadership and participation by members of my own Jewish community that helped to bring me home; I hope that my gratitude is being appropriately and unambiguously expressed.

When I finally did return home, I did not understand the incredible response from so many people, who came up to me to welcome me, wish me well, tell me how much they appreciated my service, and to let me know how hard they worked to bring me home and how hard they prayed for me.

This incredible reaction to my freedom and redemption, especially from the Jewish community, has since led to a few epiphanies.

Epiphany one: People responding to me, especially those in our Jewish community, were invested in me in some way, if not through their advocacy activities, then at least emotionally and through their prayers. And my arrival at Andrews Air Force Base on Dec. 17, 2014 – my return to freedom – was their return on that investment. It has taken me some time to come to that realization. So when people ask if they could take a selfie with me, I readily agreed even though I did not yet know what a selfie was.

Tens of thousands of people in our community and around the nation prayed for me, spoke up for me, stood up for me, took action on my behalf and (epiphany two) demonstrably showed me that there is at least a little bit of Moses the leader in all of us.

I can praise and thank my wife, Judy, and my lawyer, Scott Gilbert, and our core redemption team in Washington from now until the end of time. I can thank all of the interfaith and political organizations for everything they have done to help redeem me.

That Jewish grass roots effort was funded and coordinated by Washington’s Jewish Community Relations Council, the Jewish Federations of North America and federation partners nationwide, most likely including your community. It is incredible how these Jewish community organizations touch our lives here, in Israel and around the world, and even in Cuba.

As for epiphany three, who knew that making an annual financial and activity commitment to the federation and its partner agencies was akin to paying a premium on an insurance policy? Certainly, I had no idea. But wow, am I grateful that I had that kind of coverage when I needed it.

Alan Gross was a U.S. government contractor, who spent five years in a Cuban prison. (JNS.org) 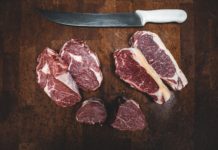 Study: Vegetarians Who Drink And Smoke A Lot Are Still Healthier Than Meat-Eaters

Over 100 Republicans, Including Former Officials, Threaten To Split From The GOP