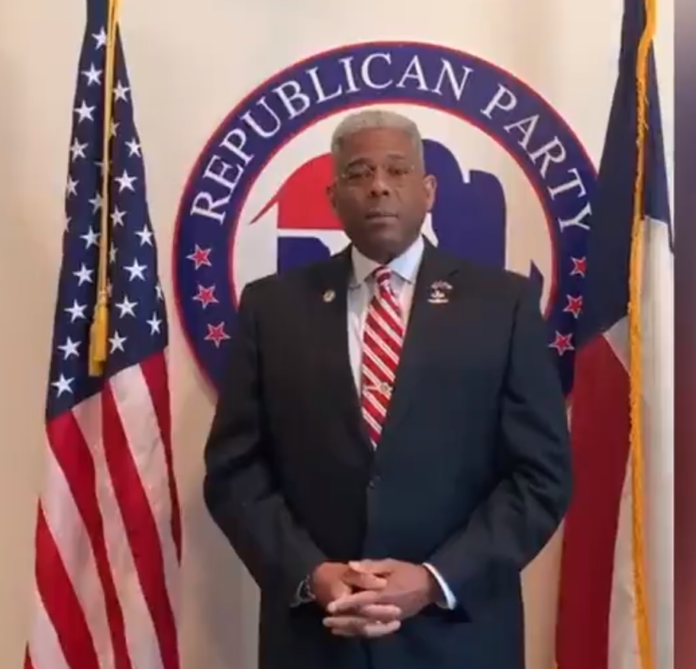 The former congressman, who spoke in June at a QAnon-affiliated convention, resigned his chairmanship last month in anticipation of his gubernatorial bid, per the Texas Tribune.

“I’ve not been in elected political office for about a decade, but I can no longer sit on the sidelines and see what has happened in these United States of America and … the place that I call home,” West said in the video played at the church.