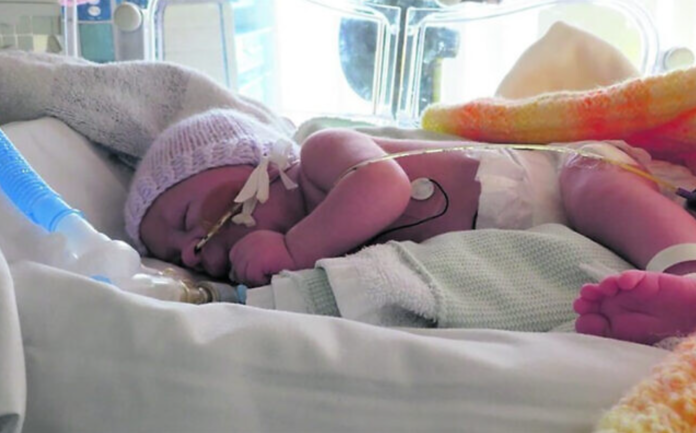 A long battle over the life of a severely disabled two-year-old girl between British health authorities and her parents, both Hasidic Jews, may soon be reaching its end.

Alta Fixsler could be taken off life support as early as this week, the Daily Mail reported, despite her parents’ strong opposition and offers from Israel and the US to provide care.

Alta was left severely brain damaged at birth, and has never been capable of consciousness. The Manchester University NHS Foundation Trust, which oversees her care, has sought to remove her from life support on the basis that she is likely in pain and her suffering should not be prolonged.

Her parents strongly object, due to both their religious beliefs and willingness to continue caring for Alta, who likely does not have long to live in any case.

Her father told the Mail on Sunday, “There is no reason to kill Alta. She does not need to die because she is not like me and not like you. She should be allowed to live her life like any other child.”

“No hospital and no doctor should be able to take the decision of what is in the best interests of a child,” he asserted. “This is something for the father and the mother to judge, yet this is being denied to us.”

“We feel as if the National Health Service is holding our daughter hostage,” Fixsler said. “It seems to us the NHS wants to kill her.”

The Fixslers have waged a long legal battle against the NHS’s decision, but were ultimately thwarted by a court decision in May.

The presiding judge said in his decision, “The presumption in favor of taking all steps to preserve life, whilst strong, is also rebuttable. That this is so recognizes that life cannot be, and should not be, preserved at all costs.”

A spokesman for the NHS Trust declined to comment for the report, citing patient confidentiality.

Israel has made a formal request for Alta to be transferred to care in Jerusalem, where she would continue on life support. Former president Reuven Rivlin appealed directly to Britain’s Prince Charles on the matter, and one of Israel’s chief rabbis has ruled that taking Alta off life support is a violation of Jewish law.

There has also been an offer from a hospital in the US, along with political support for transferring Alta from Senators Chuck Schumer and Ted Cruz, among other officials.

In addition, according to the Spectator, the NHS Trust’s claim that the family cannot care for Alta because their home is “inaccessible to a patient trolley” has been rejected by a former UK health minister.

After visiting the home, ex-minister Ivan Lewis claimed, “There is no justification for the hospital’s flawed conclusion that Alta will not be safe at the family home.”

“Having reviewed the evidence, I am left with an uneasy feeling of discrimination against the Fixsler family because of their religious beliefs and determination to fight for the rights of their child,” he said.

There is “compelling independent evidence to support the parents’ view that there is perfectly adequate access to the family home for the trolley which will carry Alta,” Lewis asserted.