1. Barack Obama’s achievement: From the day he assumed office, the president of the United States made preventing an Israeli military strike against Iran’s nuclear facilities a high priority. To prevent a strike, America tightened its supervision of the Israel Defense Forces. The Obama administration expanded aid to Israel for missile defense, but new offensive weapons were provided to Israel only in the form of “forward deployment” in emergency storehouses whose opening requires American approval. Hezbollah has a similar arrangement with its Iranian patrons; only the latter are authorized to allow the use of long-range missiles deployed in Lebanon. This tight supervision has contained Israel, for the time being.

2. Iran’s deterrent works: Iran learned the lessons of the bombed nuclear reactors in Iraq in 1981 and Syria in 2007: It dispersed its nuclear facilities to make an air strike more difficult. Even more importantly, it decided to take the war into enemy territory and build a strategic offensive arm against Israel.

The tens of thousands of missiles and rockets that Iran deployed in Lebanon and the Gaza Strip, with the cooperation of Syria’s missile corps, can sow destruction in the Dan region and paralyze the Israeli economy for a long time. The more Iran beefed up its missile threat, the louder the warnings grew inside Israel against a military adventure that would lead to a destructive war of attrition lasting for years. The Iranian deterrent exists in Tel Aviv, not in Natanz.

3. A dispute at the top: Over the past 10 days, a serious disagreement has emerged among Israel’s leadership over the need for and wisdom of attacking Iran. Prime Minister Benjamin Netanyahu, who promised upon returning to power that he would do everything to prevent the Iranians from gaining nuclear weapons, is sticking to the view that Iranian President Mahmoud Ahmadinejad is Hitler. In his speech on Holocaust Memorial Day, he once again termed Iran, Hezbollah and Hamas “new villains working to destroy the Jewish state” and warned, “The entire world will learn that when Israel and the IDF say never again, we mean every word.”

Defense Minister Ehud Barak, who was always considered Netanyahu’s partner in the activist line against Iran, has lately softened his approach. In an interview with Gidi Weitz in Haaretz, Barak asserted that Iran will not drop the bomb on Israel and rejected the prime minister’s talk of a holocaust. Barak knows that action against Iran requires broad public support because of the great dangers it entails. If the threat is not that bad, there is no reason to strike.

Former Mossad head Meir Dagan was, as usual, much blunter, asserting that an air strike against Iran would be “stupid.” Dagan speaks as one who knows: He was responsible for the Iranian file until recently, and his operational recommendations in the Second Lebanon War proved to be more accurate than anyone else’s.

4. The Iranians are in trouble: Senior Israeli officials who consider a military operation a last resort – like Vice Prime Minister Moshe Ya’alon – are encouraged by the internal political struggles in Iran, which reflect the regime’s weakness. Economic sanctions are pushing the business community toward the opposition Green Movement. Supreme Leader Ali Khamenei and Ahmadinejad are also clashing: The religious leader is squeezing the president, who will apparently not be put forth for another term. Bashar Assad’s regime in Syria, Iran’s ally, is fighting for survival against demonstrators in several cities. Under such circumstances, it is best for Israel to remain quiet and not intervene, and to let the internal processes in Tehran and Damascus do their work.

5. Interim Conclusions: In his upcoming speech to the U.S. Congress, Netanyahu will reiterate his warning that Israel is being threatened with destruction, and as such, it should not be pressured to withdraw from essential territories of the West Bank and transfer them to the hands of the “villains.” Hints that he will dispatch the air force on a “never again” mission to Iran if Israel is pushed into the corner are meant to deter Obama from imposing an Israeli-Palestinian settlement.

But the threat sounds hollow. The internal disputes in Israel, concerns about a destructive war of attrition and uncertainty about how Egypt will respond are all serving as brakes on the aircrafts’ wheels. Netanyahu waited two years, only to discover that now, it is much harder for him to strike. 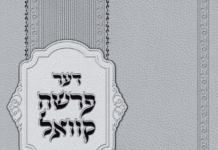 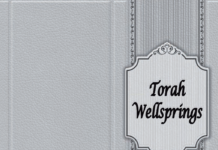