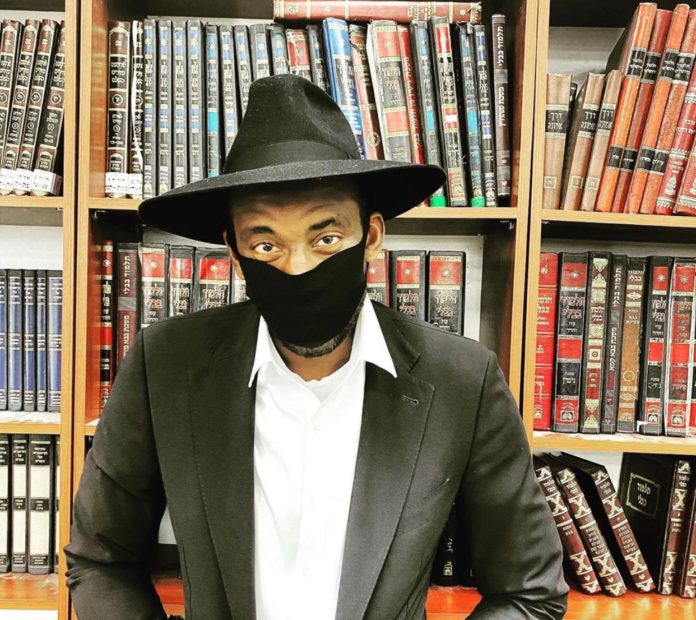 Former NBA All-Star Amar’e Stoudemire’s very public conversion to Judaism, and his life as an Orthodox Jew, is extraordinary.

Stoudemire began his Jewish journey many years ago, when he was playing for the New York Knicks basketball team. It was then that he began  wearing tzitzit (ritual fringe), studying Jewish books and fasting on Yom Kippur. He eventually joined a yeshiva, Ohr Somayach, where he engaged in intensive study that led to his recent conversion.

What makes his conversion, which he announced on Twitter, so remarkable are the great lengths that he has gone since his challenging childhood. His mother was in and out of prison during his early years; from the age of 12, he grew up without a father around, as well.

He attended five different high schools. And though he only started playing organized basketball at the age of 14, he was considered the number one high-school player when he was 18. Forfeiting college, he was recruited straight out of high school by the Phoenix Suns as the 9th overall pick in the NBA draft. I lived in Phoenix, Arizona at the time (from the age of 10 until seven years ago), and Stoudemire immediately became my favorite player on the Suns.

Stoudemire endured many misfortunes. His older brother tragically died in a car accident. He himself suffered a serious eye injury that required him to lie face down on a bed for 22 hours a day for 2 weeks, and he wore goggles after that every time he played. Both his knees also were injured, requiring microfracture surgery. This hindered his playing ability and shortened his NBA career, which ended in 2016. Yet he still managed to make six NBA All-Star games, earn All-NBA selections and one first-team All-NBA, which means he was considered one of the five best players in the NBA.

Despite his difficult upbringing, Stoudemire was a great example to others through his actions both on and off the court. He was the victim of likely the worst decision by a league commissioner, when he and Boris Diaw were suspended in 2007. This was after the two briefly went onto the court after Robert Horry of the San Antonio Spurs viciously shoved Steve Nash into the scorers table once the Suns had Game 5 in hand to go up 3-2 in the Western Conference finals against the Spurs.

The Commissioner ruled that since Stoudemire and Diaw walked onto the court, they would be suspended for Game 6, which was played on the home court in Phoenix. This was in spite of the fact that they never got close to Horry before returning to the bench.

The suspension cost the Suns their best player and another major player in Diaw, which resulted in their losing Game 6 at home (a game that I attended, which saw the Suns hold a lead until the last few minutes), and subsequently losing Game 7 in San Antonio. After that, the Spurs went on to sweep the Cleveland Cavaliers in the finals.

The Suns likely would have won the championship if not for the ridiculous suspension.

Stoudemire’s last year in Phoenix was in 2010, when the team lost to the Los Angeles Lakers in the Western Conference finals after sweeping the Spurs a round earlier. Even though Stoudemire wanted to stay in Phoenix, the Suns would not match the Knicks’ five-year contract offer.

In a personal e-mail to one of the Suns’ owners, I wrote that if the team were to let Stoudemire leave, it would go from being a championship contender to one unable to make the playoffs. I also noted that they could always trade Stoudemire in the future if they were so worried about his knee.

Although the owner responded to the e-mail, he neglected to heed my advice, and Stoudemire left for the Knicks.  Had he remained in Phoenix, the Suns would have had a good chance to win the NBA championship, as they had been better than the Dallas Mavericks, who ended up winning in 2011.  Instead, Stoudemire took the Knicks to the playoffs, and the Suns have not made the playoffs since he left.

While he was on the Knicks, and studying Jewish books, he influenced his teammate, Chris Smith, who eventually decided to convert to Judaism. It is quite shocking that two players out of the less than 15 on the Knicks at any one time eventually converted to Judaism.

The obstacles that he had to overcome in his life are only part of what is amazing about him. When a number of black entertainers and athletes recently made some outrageous anti-Semitic comments, Stoudemire began a dialog with Nick Cannon, and Cannon has significantly changed his comments about Judaism.

We live in a time when people talk about privilege. Judaism views even someone as poor as Hillel as a person able to rise to great heights: No matter the situation, it is up to the person.

Unfortunately, many Jews do not take the time that Stoudemire has devoted to learning about Judaism. They likely hail from much better backgrounds than he. Amar’e Stoudemire, whose Hebrew name when called up to the Torah is Jehoshaphat Ben Abraham, is a role model for the Jewish community.