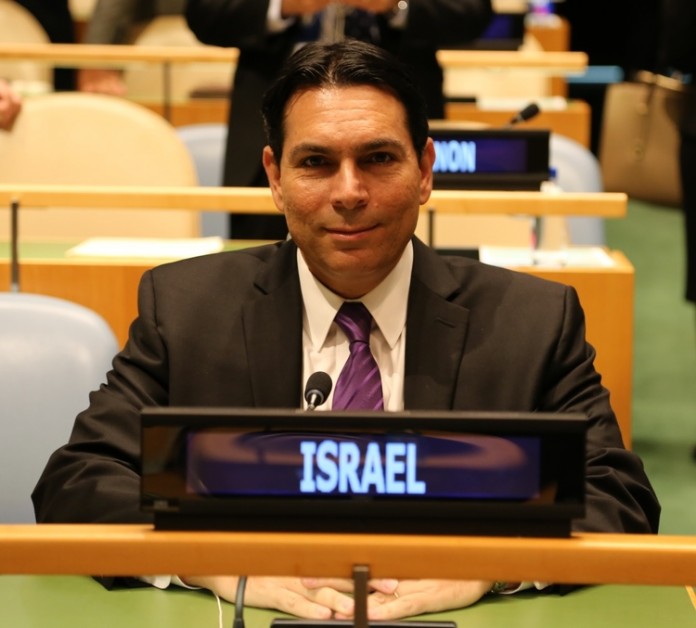 Israeli Ambassador to the United Nations Danny Danon was elected as chair of the United Nations’ Legal Committee, marking the first time in history that an Israeli representative will head a permanent U.N. committee since the Jewish state joined the world body in 1949.

“I am proud to be the first Israeli elected to this position,” said Danon. “Israel is a world leader in international law and in fighting terrorism. We are pleased to have the opportunity to share our knowledge with the countries of the world.”

Danon was elected Monday through a secret-ballot process in New York City following his nomination by the Western European and Others regional group within the U.N.

The U.N.’s Legal Committee (also known as the Sixth Committee) handles activities related to international law. In the upcoming General Assembly, the Sixth Committee will address agenda items including “measures to eliminate international terrorism” and the Geneva Convention’s supplementary protocols. One Danon’s first tasks in his new position will be “to further the Comprehensive Convention on International Terrorism,” according to the Permanent Mission of Israel to the U.N.

Israel’s U.N. Mission also said that along with the Jewish state’s Foreign Ministry and Israeli embassies around the world, it fought a “lengthy and difficult diplomatic battle” against countries from the Non-Aligned Movement and the Organization of Islamic Cooperation who tried to block Danon’s appointment.

“We will not allow dictatorships and anti-Israel countries to harm our standing in the international community. Those who tried to block our appointment would be well advised to take note of the jurisdiction of this committee, as they have much to learn about international law,” said Danon.