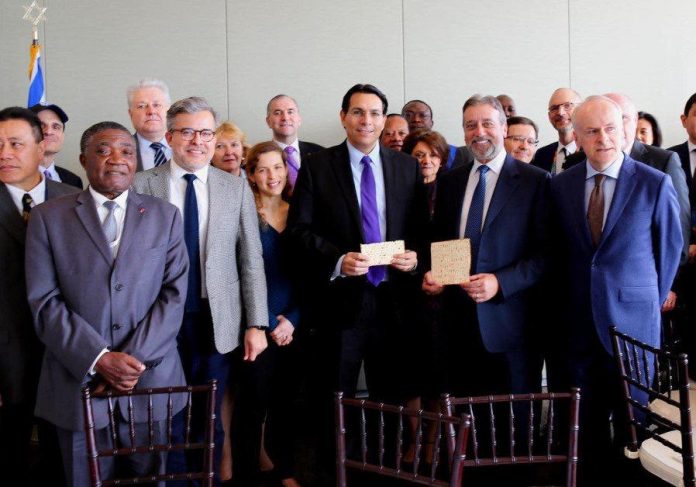 Dozens of diplomats from all over the world joined Israeli Ambassador to the UN Danny Danon to celebrate Pesach with a mock Seder at the organization’s headquarters in New York Monday.

Danon, who started this tradition in 2016, after he was appointed as ambassador, explained to his counterparts about the Jewish traditions behind the holiday.

“As in our years of exile, there are still those who rise against us, but today we are a strong nation that can defend itself. The struggle for freedom is the breath of life, and it ensures the existence of the Jewish people,” said the ambassador.