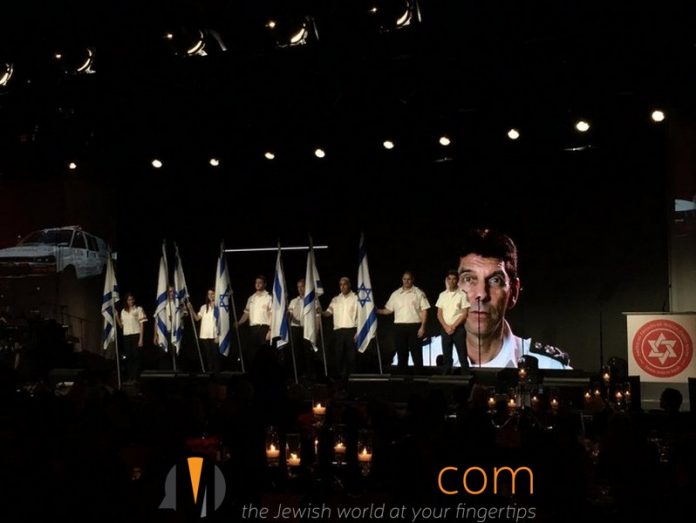 The American Friends of Magen David Adom (AFMDA) raised a record $14 million at fundraiser held at The Beverly Hilton in Los Angeles this week.

According to AFMDA, the donations will support the construction of a new-state-of-the-art, underground blood facility that will store and process blood donations to the MDA. The MDA provides 97 percent of all blood used by Israeli hospitals and 100 percent of the blood used by the IDF.

“The recent wave of terror in Israel, including deadly stabbings, has made crystal clear the need to increase the security of Israel’s national blood supply,” said Dina Leeds of Los Angeles, who serves as AFMDA Western Region president.

“Magen David Adom’s current blood center was built in the 1980s, but since then, Israel’s population has doubled, and terror attacks, rockets, and natural disasters are a direct threat to the country’s blood supply. A larger, more modern, more secure center is the only way to ensure MDA can save the lives of all the people of Israel and safely treat its soldiers in times of conflict.” JNS.ORG