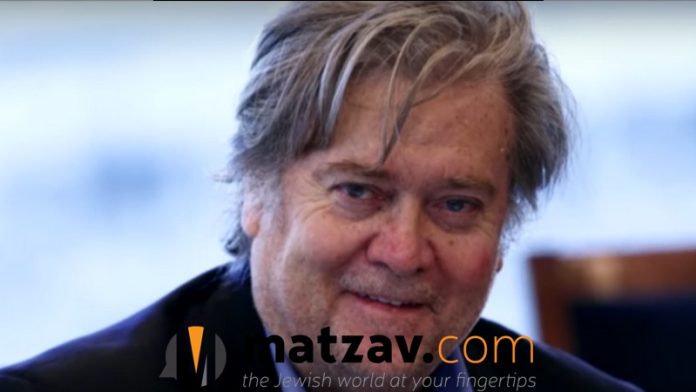 Stephen Bannon, whose appointment to serve as President-elect Donald Trump’s chief strategist and senior counselor has drawn controversy in recent days over allegations of antisemitism, will attend the Zionist Organization of America’s annual awards gala in New York City on Sunday.

Furthermore, Klein emphasized, “Bannon is not an antisemite at all. He’s never said or written anything that is antisemitic. If he was an antisemite in any way, shape or form, I’d be screaming.”

On Sunday, Anti-Defamation League (ADL) CEO Jonathan A. Greenblatt said in a statement, “It is a sad day when a man who presided over the premier website of the ‘alt-right,’ a loose-knit group of white nationalists and unabashed anti-Semites and racists — is slated to be a senior staff member in the ‘people’s house.’ We call on President-elect Trump to appoint and nominate Americans committed to the well-being of all our country’s people and who exemplify the values of pluralism and tolerance that makes our country great.”

Greenblatt was referring to Bannon’s role as executive chairman of the right-wing Breitbart News website.

In a statement released on Monday, the ZOA said its “own experience and analysis of Breitbart articles confirms Mr. Bannon’s and Breitbart’s friendship and fair-mindedness towards Israel and the Jewish people. To accuse Mr. Bannon and Breitbart of antisemitism is Orwellian. In fact, Breitbart bravely fights against antisemitism.”

Speaking with The Algemeiner on Tuesday, Klein characterized Greenblatt’s condemnation of the Bannon appointment as “disgraceful.”

“The ADL should be ashamed of themselves,” Klein said. “To assassinate the character of a man who is extremely pro-Israel and pro-Jewish and to promote an image that he’s antisemitic, that’s rubbish.”

Klein also called on other Jewish groups to defend Bannon.

“You don’t call someone an antisemite who is not an anti-Semite,” Klein said “Bannon is a champion for Israel and the opposite of an antisemite.”