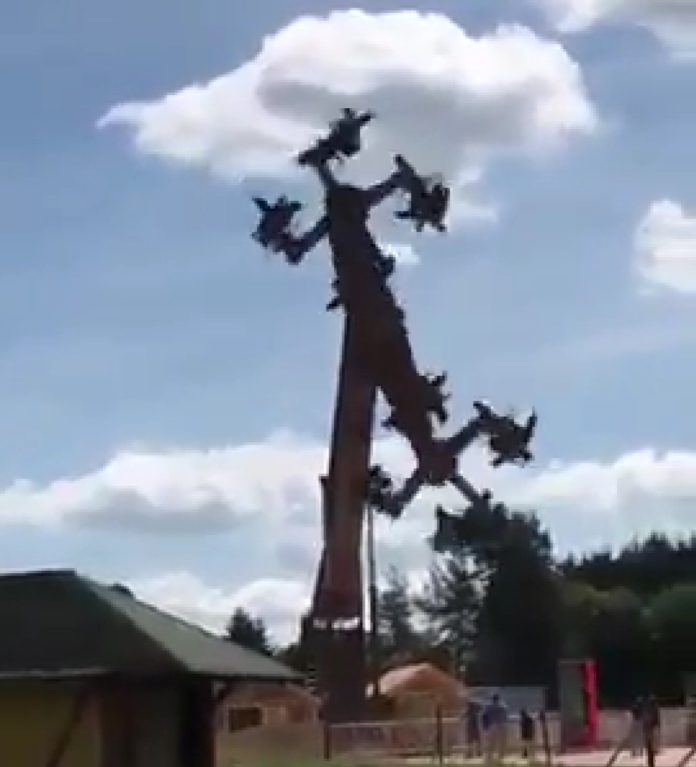 An amusement ride in Tatzmania park in Germany had to shut down after the owner realized that from a distance the attraction looked like a pair of swirling swastikas.

The gaffe happened to a ride called ‘Eagle Fly’ in the Tatzmania park in the town of Löffingen in southern Germany. When the eight gondolas are in two groups of four, and when seen from a distance they make two very distinct reverse swastikas, the same that the Nazis used as their symbol.

The ride opened in late July, but it was not until journalists from the broadcaster SWR showed up that owner Rüdiger Braun noticed the design flaw. He said he was taking it out of service and apologized to anyone offended by the ride