You claim you care about people’s health, but do you really care or do you have a different agenda, so if you can kindly clarify some points for me [& many others] so we can know where you truly stand.

A) You have a major anti-smoking campaign, claiming you are concerned about people’s health, well then how did you declare [in June ‘12] that you’re for legalizing marijuana. As we all know studies show that marijuana cigarettes are “20 times” more dangerous than tobacco cigarettes.

B) You announced a ban on soft drinks larger than 16 Oz, claiming [once again] you are concerned about our health, on this I have 3 questions.

1) Was it not you at the hot dog contest cheering [& you even spoke], don’t we all know that hot dogs are from the most unhealthy food there is?

2) How about your proclamation for Donut Day in New York?

3) How come you didn’t propose a ban on beer, milkshakes and all other drinks that have more calories than a soda?

C) You [& your Department of Health & Mental Hygiene (or ‘DOHMH’)] have proposed an amendment to the NYC Health Code to require written parental consent prior to circumcision with metzizah b’peh (or ‘mbp’), claiming [in your statement] you’re doing this to “protect the health of infants”, on this I have many questions.

1) Why would you use flawed information written by Dr. Thomas R. Frieden [head of the Center for Disease Control & Prevention (or ‘CDC’)] who you know from when he was your commissioner of the ‘DOHMH’ he had an anti ‘mbp’ agenda, [& you know your current commissioner of the ‘DOHMH’ [Dr. Thomas Farley] also has an anti ‘mbp’ agenda] could it be your nanny boy infested mind is so desperate to make NYC more of a Nanny State that it will use flawed information just to make a case that there is a risk for the infant, so Nanny Mike can come in to protect their health, [I enclosed the proof that the ‘CDC’ report is flawed.]

2) According to the ‘CDC’ the chances of an infant dying after having ‘mbp’ is 1 in 18,785.25 {based on their report that in a six year period 20,493 infants had ‘mbp’, making that 37,570.5 in an eleven year period, they also claim to have two cases of death in an infant that had ‘mbp’ in an eleven year period, [& both those cases where never proven to be linked to ‘mbp’, one the two year old brother had herpes & the other the nursing mother had herpes,] making the chance of dying after having ‘mbp 1 in 18,785.25}, & the chance of dying from a bike accident is 1 in less than 5,000 so how come you do not require the seller to provide information about the risks involved & parental consent.

3) It is a bigger chance you will die in car accident than from ‘mbp’, but you don’t require dealers to provide information about the risk involved.

4) Your ‘DOHMH’ put out a brochure on ‘mbp’ titled “before the bris”, so I was shocked to discover that you do not have brochures on bicycle & car safety.

5) How come you do not have a requirement for Dr. & Nurses to notify parents about the danger of them or any family member being contact with the infant if they have herpes, as we know a lot more babies died from herpes by contacting family members with herpes, you don’t even have abrochure about the danger [like you have about ‘mbp’.]

6) Your ‘DOHMH’ statement says we strongly advise that ‘mbp’ never be performed, I was shocked that there is no advice not to ride a bike or drive a car {& all members of the ‘DOHMH’ probably do drive}.

7) How about your promise to the orthodox Jewish community I quote “as long as I am in office there won’t be any problem”.
In short, please clarify what your agenda is because you claim you care for our health but [as I have written above] it looks like you’re on a Nanny State & anti ‘mbp’ agenda. 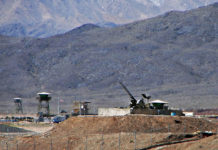 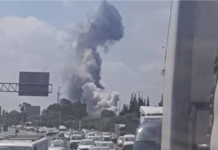 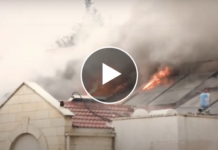 WATCH: An entire Family Devastated Left with Nothing!