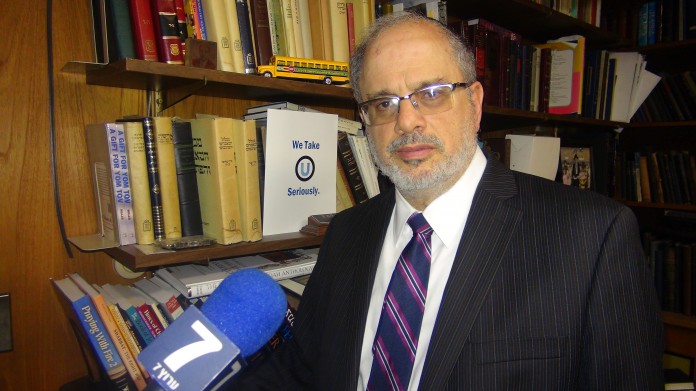 Last week, over 830 of you signed a petition to Ramaz dean and spiritual leader Rabbi Haskel Lookstein to protest his decision to give the invocation at the Republican convention. In the petition, you accuse Donald trump of every social ill on the face of the earth: racism, anti-Semitism, sexism, and, for good measure, chillul Hashem. As a result of your petition, Rabbi Lookstein was forced to back out of attending the convention.

What about the mitzvah of “Va’ahavtem es hager… You must love the convert”?  Don’t you think your actions were a public scorn of Ivanka, the Jewish daughter of the “anti-Semite” Donald Trump?

If you are so concerned about the anti-Semitism of Mr. Trump, will you express the same concern about the Democratic convention, which will feature the virulently anti-Semitic Cornel West and James Zogby, with Mr. Zogby serving on the Resolutions Committee?

This letter first appeared in the Queens Jewish Link.