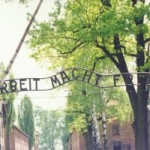 If we are to believe Robert Frolich, Hungary’s chief rabbi, we’re witnessing scenes not seen in Europe since the Holocaust. “It was horrifying when I saw those images [of migrants in Europe],” Frolich told The New York Times. “It reminded me of Auschwitz.”

What were those images? Thousands of migrants had entered the Czech Republic illegally, and police had written numbers on the arms of some with markers, to help keep track of them. This simple procedure reminded the rabbi of the tattooing of concentration camp inmates marked for death. Meanwhile, Hungary, Bulgaria, Greece and France  have been erecting flimsy razor-wire fences in a desperate and unsuccessful bid to keep out illegal immigrants who have been pouring across their borders en masse for weeks and months.

Another outrage caused Kenneth Roth, Human Rights Watch’s Jewish executive director, to trot out his own Holocaust comparison. “Certainly those images of the trains can’t help but conjure up nightmares of the Holocaust,” he pontificated.
Roth was referring the trains carrying thousands of migrants from their points of illegal entry in sovereign nations like Hungary towards Germany, via Austria, where they had insisted on going, and where they would be housed in relative comfort – not shuffled off to their deaths in concentration camps.

“They tell them that the train was going to Austria and then take them to a camp instead,” Frolich chimed in. “[I]t is very similar to what happened to Jews in the 1940s.”

Is it? Such gratuitous comparisons to the fate of Jewish Holocaust victims are not only fatuous; they are disgraceful – especially coming from a rabbi and a human rights activist, both of whom should know better. It was the migrants themselves who had insisted on getting on those trains in the first place. When Hungarian authorities in Budapest tried to stop them, the asylum-seekers came close to rioting.

That’s not what’s sickening. It’s cheap moralizing and spurious comparisons that arouse nausea. Nor is it particularly commendable to keep reminding Europeans – be they the descendants of Nazi perpetrators or their erstwhile victims, like the Czechs – of the Holocaust any chance we get.

So let us remind Messrs. Frolich, Roth and Greenblatt: Jews who ended up being butchered by the Nazis were not stampeding across the borders of several sovereign European states to seek a better life. They were taken against their will. My grandparents’ generation in Hungary, hundreds of thousands of whom perished in Auschwitz, would surely have appreciated the kind of hospitality that Europeans, Germans included, have generally been showing these asylum-seekers.

Let us also remind these gentlemen that there are already hundreds of thousands of newly (and illegally) arrived people in Europe, a continent facing a massive humanitarian crisis, with potentially millions more on the way. Most of them happen to be young males, many of whom hail from as far away as Pakistan and Bangladesh, who surely could have found plenty of other safe havens en route if they had needed one.

Since most migrants carry no IDs of any sort (presumably on purpose), and routinely refuse to be processed administratively at their points of forced entry, we have no way of knowing who exactly they really are. Many are surely genuine refugees; many others almost certainly aren’t. The Islamic State has repeatedly boasted of embedding their fighters among the ranks of refugees, some of whom have burned off their fingertips with acid to foil efforts at being properly registered or potentially identified through fingerprinting.

Yet any attempts by European authorities at enforcing even a semblance of order and verification instantly remind Frolich, Roth and Greenblatt of the industrial-scale genocide of Jews. And this when Jewish communities across much of Europe are increasingly being targeted by militant Islamists.

It’s disgraceful and they should be ashamed.