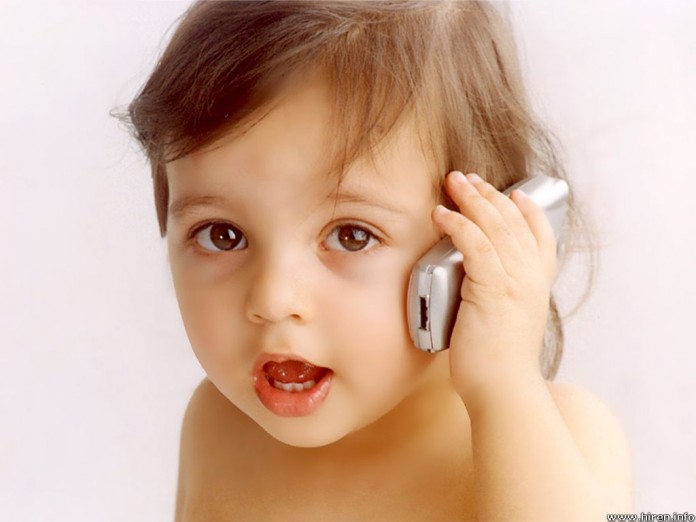 When my husband and I had our first child seven years ago, the prevailing wisdom was that babies at risk of allergies should avoid peanuts or peanut products until age 3 or older. The idea behind this restriction – which was based on American Academy of Pediatrics (AAP) guidelines released in 2000 – was that feeding peanuts too early to little ones might risk severe, possibly life-threatening allergic reactions.

Over the years that thinking has done a 180. Now, scientists believe the exact opposite: Giving your baby peanuts earlier rather than later might prevent them from developing an allergy.

While many doctors and medical groups have come out over the past year to endorse this view, there has been a lot of confusion about which kids could benefit from early exposure, the optimal timing of the exposure, and how exactly one should feed peanuts (which, after all, are a choking hazard in their raw form) to babies.

On Thursday, the National Institute of Allergy and Infectious Diseases released formal, detailed guidelines for pediatricians and allergists.

The document, published in six medical journals, includes three separate sets of recommendations based on the level of risk an infant has for developing a peanut allergy. Those at highest risk are defined as babies with severe eczema – a skin condition where patches of skin become inflamed, itchy, red and cracked – or egg allergy or both. Those in the middle group have mild-to-moderate eczema. And those in the lowest-risk group have no eczema or food allergies.

The guidelines come at a terrifying time for new parents in terms of allergies. The number of American children with nut allergies has quadrupled in the past 13 years, and peanut allergies are now estimated to affect 2 percent of them. Most schools now ban foods with peanuts, and manufacturers are required to label whether food contains peanuts or was manufactured in a facility that processes them. The soaring price of EpiPens, which are used to treat a severe allergic reaction and retail for up to $650 for a two-pack, has become a hot political topic.

“They thought that perhaps we should try the counterintuitive approach of feeding peanuts to babies early on rather than withholding them in order to protect them,” Fauci explained.

That theory was put to a test in the much-praised Learning Early About Peanut Allergy (LEAP) study, a randomized trial led by Gideon Lack of King’s College London involving 640 infants considered at high risk of developing peanut allergies. The results, published in 2015 in the New England Journal of Medicine, showed that children at high risk who regularly consumed peanuts as infants had an 81 percent lower chance of developing a peanut allergy by age 5.

Fauci called the results “very striking” and estimated that the new guidelines could prevent thousands of children from developing peanut allergies.

“If you can get anywhere close to an 81 percent decrease that we saw in the original study, we’re talking about saving thousands and thousands of kids from peanut allergies,” he said.

Similar studies are being conducted on early exposure to tree nuts and eggs, but results probably won’t be available for a few more years.

Matthew Greenhawt, a physician at Children’s Hospital Colorado who is chair of the food allergy committee of the American College of Allergy, Asthma and Immunology, explained that the new guidelines are closely tied to eczema because it is an obvious external measure that has been linked to food allergies going back to the 1900s. While no one has been able to definitively explain why these conditions appear together so often, children with eczema produce a lot of immunoglobulin E antibodies, which play a role in food allergies, hay fever and asthma.

He said that children with severe eczema are probably already in the care of a doctor for the condition so they should be easy to identify, noting that “severe eczema is not a kid with a little arm or cheek rash. These are kids with a decent percentage of their bodies covered despite good moisturizing, bathing and increasing topical prescriptions.”

Those children at highest risk should be exposed to peanuts earliest – at 4 to 6 months – and be referred to a specialist who might perform a blood or skin test before deciding how to handle their first exposure to peanuts. Some may decide that with low readings, the child could be given peanuts at home, while others may suggest giving a child peanuts for the first time in a doctor’s office. Those precautionary measures reflect the tricky nature of diagnosing a peanut allergy. Many people can test positive for allergies through a skin test or a blood test but may tolerate the food just fine. The opposite, while less common – that you can have a low reaction to a blood or skin test but still have a severe allergic reaction – also can be true.

“For these kids, we are not considering peanut as different than any other type of food,” Greenhawt said.

The NIH guidelines also contain some common-sense advice such as reminding parents that all infants first progress to solid foods such as pureed vegetables and cracker puffs on their regular schedule before being exposed to peanuts.

The guidelines also provide step-by-step instructions along with “recipes” for home exposure to peanuts. They remind parents to feed their infant peanuts for the first time only when he/she is healthy (with no vomiting, diarrhea or other signs of illness), at a time when at least one adult can focus all of his/her attention on the infant for at least two hours to watch for signs of a reaction, and to not give whole nuts or a huge spoonful of peanut butter to an infant to avoid choking. A child’s pediatrician should go over the signs of an allergic reaction, but they could include things like a hivelike rash, vomiting, coughing, wheezing or a child otherwise looking lethargic or ill.

Greenhawt also emphasized that the guidelines are simply recommendations and that “your child dictates when they are ready for some foods.” The same could be said of exposing kids to broccoli or fish.

“As a parent, I know the child has a mind of their own. They will eat what they want to and will spit out what they don’t want,” he said. “It’s always a challenge to give them new foods. You have to be persistent and creative.”

Here’s how to feed your infant, from the guidelines:

1. Prepare a full portion of a peanut-containing food such as peanut butter dissolved or thinned with water, peanut butter, peanut flour or powder mixed with a fruit or vegetable puree or several pieces of Bamba, a puffed maize snack with peanuts, which can be softened with water or not depending on the child’s age or preferences.

2. Offer your infant a small part of the peanut serving on the tip of a spoon.

4. If there is no allergic reaction after this small taste, then slowly give the remainder.

Group 1: At highest risk, with severe eczema, egg allergy or both

Group 3: Less risk, with no eczema or any food allergy

Introduce peanut-containing foods at an appropriate age and in accordance with family preferences and cultural practices.