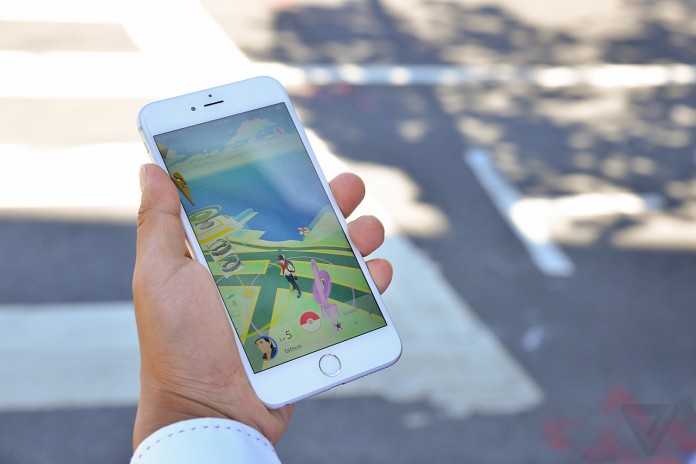 So a driver crashed into a tree while playing Pokémon Go on his smartphone in Auburn, New York. No one saw that coming, right?

Luckily, the driver only broke an ankle this time and didn’t hurt anyone else. But you can bet his accident won’t be the last — and it’s not Squirtle who’s to blame. It’s careless drivers who think they can fiddle with smartphones and drive at the same time. But it’s also because neither the federal government nor smartphone industry gives a rip about texting and driving.

Now, it’s true that the U.S. Department of Transportation (DOT) has mounted public awareness campaigns – aimed mostly at young people, as if they are the only ones who text and drive. Forty-six states, as well as the District of Columbia, have passed laws that prohibit all drivers from from texting and driving.

Police departments sometimes conduct imaginative campaigns to enforce laws against driving and texting. The Virginia State Police, for example, uses of “spotters” on highways. In Maryland, a cop disguised himself as a homeless person. The CTIA-The Wireless Association, which is the Washington-based trade group for wireless communications industry, bills itself as a leader in the fight against distracted driving. As proof, the group’s website trots out AT&T’s “It Can Wait” campaign. The DOT’s National Highway Traffic Safety Administration’s (NHTSA) slogan is, “U Drive. U Text. U Pay.”

Federal officials have estimated that distracted driving of all kinds contributes to about 16 percent of all fatal crashes, or about 5,000 deaths a year, the AAA Foundation for Traffic Safety says.

Meanwhile, highway fatalities — after decades of declines attributed to advances in automotive design, seat belt use, campaigns against drunk driving — have been on the rise. A survey by the AAA Foundation for Traffic Safety found almost 90 percent of people think texting while driving is dangerous, but 42 percent admit to having done it in the previous month. Everybody is doing it because everybody knows it’s difficult to catch violators.

“It’s an enormous problem. About half a million people are killed or injured in accidents attributed to texting and driving. There are about 4,000 deaths and well over 400,000 injuries,” said Robert Puentes, president and chief executive of the Eno Center for Transportation. “As a priority area, this is at the top of the list. Now what we do about it is something else entirely.”

If the federal government wanted to put an end to texting and driving, Congress could mandate the use of limited jamming devices in vehicles to block a driver’s smartphone signal. It’s not a new idea. The technology already exists. Phil LeBeau at CNBC.com’s Behind the Wheel urged the use of jamming in 2009.

“You can pass all the state laws you want and run all the shock value commercials you want, but many people will continue to text,” LeBeau wrote. “I know they will because I have numerous friends who have told me, ‘I know it’s illegal to text and drive, but I still do it.’ ”

LeBeau also wrote about Trinity-Noble, a Doylestown, Pennsylvania, firm that has developed a device that, the company says, will block only the driver’s cellphone and only when the car is moving faster than 10 mph. But an 82-year-old law prohibits the use of electronic jamming devices except by the federal government. (Motorcades for the president of the United States and other VIP’s use jamming technology to counter the threat of remote-controlled explosive devices.) The biggest resistance to changing the federal law has come from — where else? — Washington and the wireless communication industry.

“It’s been a real uphill battle,” Joe Brennan, who is Trinity-Noble’s president and chief executive.

Brennan’s company has also developed other technologies to combat texting and driving. These include the Guardian Angel app, which can be downloaded onto phones, prevents the user from driving and texting; Autolog, which detects and reports when a driver is using a cellphone and driving and is in use by some transportation companies; and Skybloc, the jamming device that targets only the driver — but is still against the law to use in the United States. It’s in use in Panama and other foreign countries where it’s legal.

But Brennan said he has run into a wall of resistance on Capitol Hill, and if anything more and more people are texting and driving.

“A lot of people are not going to police themselves,” Brennan said. “And here we are. People are continuing to die. Assets are destroyed. It’s just crazy.” A call to CTIA’s press office seeking comment wasn’t immediately returned.

Other companies have also come up with proposed technological solutions. Cellebrite, an Israeli company, has developed a device it calls the “Textalyzer” that can analyze a smartphone during a traffic stop or following an accident to determine whether its owner had been texting and driving. The idea is similar to a Breathalyzer device that can determine whether a driver has been drinking alcohol. A proposed bill in the New York General Assembly would make that state the first to employ the device, but the New York Civil Liberties Union and others have raised privacy concerns.

Several apps are also on the market to curb texting and driving, but the problem with many of them is that they are voluntary and usually marketed for parents who want to prevent their children from texting and driving. Some are easily evaded anyway.

That’s why Brennan said he believes jamming devices targeting all drivers are the way to go. Of course, Brennan has a product to sell. But his technology makes sense, especially when you consider that texting while driving has become so widespread that a driver has crashed into a trees while hunting down cartoon characters on his smartphone. Maybe now it’s up to the feds to do something.

“They know it’s a problem. But they continue to do nothing about it,” Brennan said.