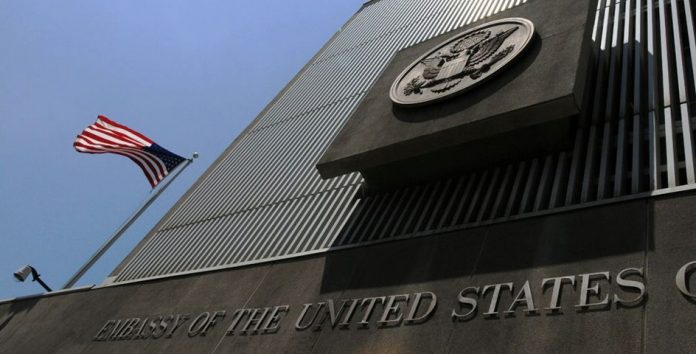 President-elect Donald Trump’s pledge to move the U.S. Embassy from Tel Aviv to Yerushalayim and his selection of an ambassador to Israel who heartily supports the relocation have produced a deluge of dire warnings. Critics claim the move would unleash a wave of extremism, making past clashes pale by comparison. But these warnings may be exaggerated. A careful look at conflict-resolution theory suggests that moving the embassy could be a constructive move, pushing Israelis and Palestinians back to negotiations.

Many assumed Trump would renege on his campaign pledge once in office, as Presidents Bill Clinton and George W. Bush did. But relocating the embassy allows the Trump administration to reinforce that, unlike the Obama administration, it doesn’t consider settlements the key obstacle to peace. Trump will be particularly keen to make this distinction after the U.S. abstention Friday on U.N. Security Council Resolution 2334, which effectively declares illegal all Israeli presence beyond the 1949 armistice lines, including in East Jerusalem. Trump’s transition team has publicly called moving the embassy a “very big priority” and is reportedly exploring the logistics for its new location.

Conflict-resolution experts call this tactic a “burning bridges” move, which sends a clear, credible commitment to act. The costs of a move may be high, but the literature on conflict resolution suggests this could prove a strength, not a weakness. As has long been noted by scholars, the perception of a party’s will and commitment is essential to peacemaking. Demands and offers need to be believable, and concrete actions can display a readiness to react.

Though some Arab states may protest, official relations between Israel and its neighbors have never been better as they face down common threats, from Islamist extremism to an expanding Iranian influence. Additionally, the argument that moving the embassy would drive a wedge between the United States and Arab states or Europe is less tenable following the passage of the U.N. resolution.

As highlighted by a former member of the Knesset, not only does the resolution delegitimize Israeli communities set up on land captured in the 1967 war, but it also designates pre-1967 territory as “Israel proper.” So while the international community hadn’t previously recognized Israeli sovereignty over any part of Jerusalem, the resolution actually commits the world to recognizing the western half of the city as part of the state of Israel, making Trump’s campaign promise more feasible than before.

Critics are right that an embassy move could spark demonstrations and perhaps even other forms of retribution, undermining the shaky Palestinian Authority. But Jerusalem has already faced a wave of violence in recent months, and the potential for future clashes isn’t sufficient cause for delay. For the moment, Palestinian Authority President Mahmoud Abbas would probably be able to control any fallout after emerging considerably stronger since last week’s Security Council vote and the Fatah central-party elections earlier this month.

Negative reactions may be dampened if the move recognizes Muslim and Palestinian connections to the city. One small site shows how this might work. On the outskirts of Jerusalem, perched on a hilltop with magnificent views, the Tomb of Samuel is a model of interfaith harmony. Jews and Muslims conduct prayers there simultaneously. Scholars who study sacred sites note that it’s the only place on the planet where a functioning synagogue operates underneath a working mosque. The tomb’s low-density population area and relatively minor religious importance for Muslims have helped to preserve the peace. But strong coordination and dialogue between the local Muslim clerics who administer the mosque and Israeli civil authorities who control the Jewish prayer room there as a national park have also been essential to stability.

The peaceful coexistence that has emerged at Samuel’s Tomb contrasts sharply with the record of confrontation on the 35-acre Temple Mount/Haram al-Sharif compound in Jerusalem’s Old City. The site has become a place of violent struggle because of not only its centrality to the religious beliefs of both Jews and Muslims but also the lack of coordination between the many political actors and organizations that operate there.

An embassy move will upend long-standing U.S. policy. But that policy has been based primarily on the prospect of a negotiated two-state solution. Since June 1967, the United States has maintained that Jerusalem’s final status should be decided through direct talks between Israel and the Palestinians. Successive U.S. administrations have claimed that recognizing the city as Israel’s capital and relocating the U.S. Embassy there would prejudice any negotiated outcome. The Jerusalem Embassy Act of 1995 mandated that the embassy be moved from Tel Aviv to Jerusalem by May 1999. However, a built-in waiver provision intended as a temporary measure has allowed every president since then to delay the move at routine six-month intervals.

The symbolic act of relocating the embassy would do nothing to resolve the day-to-day problems — such as entrenched pockets of poverty and the continued frictions between the city’s religious and secular residents — that have long plagued Israel’s most populous multicultural urban space. But a reversal of the longtime U.S. diplomatic boycott of Jerusalem could bode well for Israeli-Palestinian peace prospects. Sending a strong message that the new administration stands with the Israeli government on a major symbolic issue with high potential costs could push the Palestinian leadership to a greater sense of urgency in negotiations. The U.S. Embassy move could even help advance efforts to duplicate the precious Jewish-Muslim coexistence model of Samuel’s Tomb for Jerusalem’s other contested sacred spaces.

Miriam F. Elman is an associate professor of political science at the Maxwell School of Citizenship and Public Affairs at Syracuse University and is a research director in the Program for the Advancement of Research in Conflict and Collaboration.