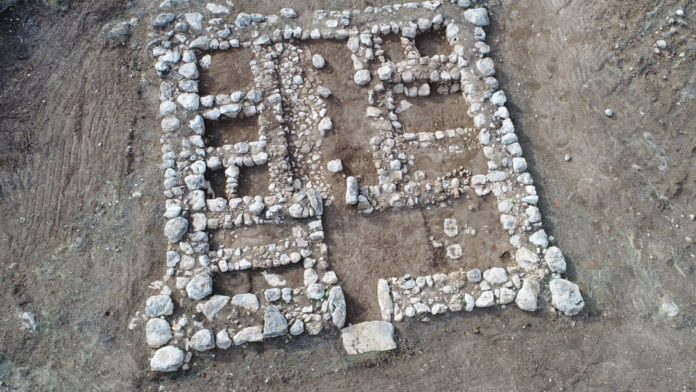 A 3,200-year-old fortress has been discovered in southern Israel.

The fortress was likely built by the ancient Canaanite civilization to protect against Philistine invaders, according to the Israel Antiquities Authority.

Experts from the Israel Antiquities Authority and teenage volunteers uncovered the fortress close to Kibbutz Galon, which is near the city of Kiryat Gat.

The fortification measures 59 feet by 59 feet and had watchtowers in each of its four corners. A central courtyard paved with stone slabs and columns was in the middle of the fortress. Pottery vessels were discovered in the fortress’ former rooms, including vessels that were likely used in religious rituals.