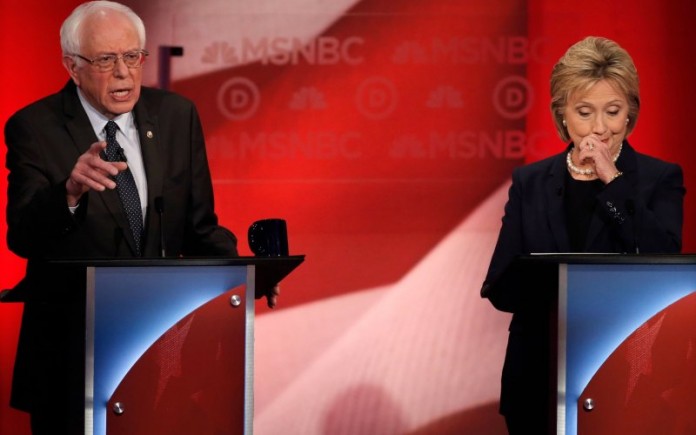 The former secretary of state accused her democratic socialist rival of running a campaign of “innuendo” against her, while the Vermont senator contended that Clinton is part of the Wall Street-funded “establishment” that controls the political process. Clinton dismissively responded to the accusation by calling it an “artful smear” and noting that “Under [Sanders’] definition, President Obama is not progressive because he took donations from Wall Street.”

When the pair debated foreign policy, Clinton seemingly dominated by painting her opponent as inexperienced with the duties one would take on as commander-in-chief. Sanders admitted he hasn’t dealt with American allies and enemies as much as the former secretary, but added, “experience is not the only point; judgment is. And once again, back in 2002, when we both looked at the same evidence about the wisdom of the war in Iraq, one of us voted the right way, and one of us didn’t.” Read MORE AT NBC.