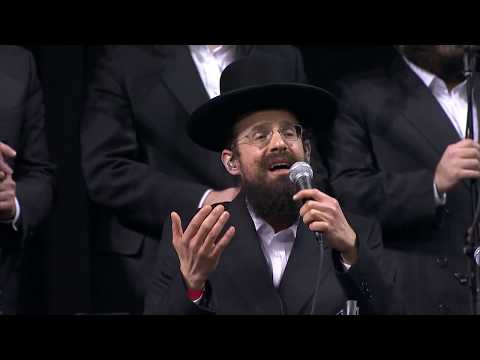 Fourteen thousand people participated in a #SiyumHaShas at Barclays Center in Brooklyn, in addition to the 90,000 at the main Siyum venue, MetLife Stadium in East Rutherford, N.J. Much of the program was live-streamed from MetLife Stadium, but Barcalys had a number of unique speakers.

Barclays also had its own live musical entertainment, directed by Gershy Moskowits Productions, featuring singers #YisroelWerdyger, Sheya Berko and Rav Shloimy Taussig, along with the Yedidim Choir conducted by Yoel Hersh Fuchs and with Yaakov Zeines on keyboard.