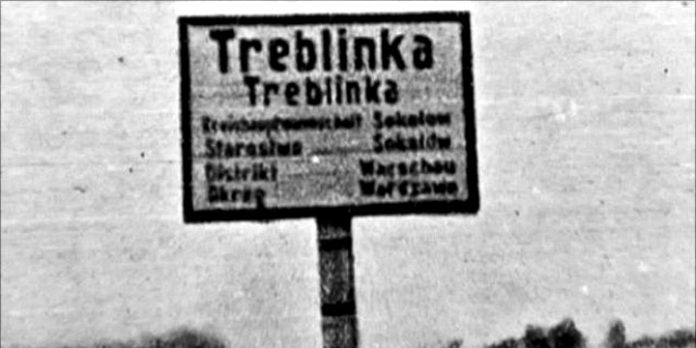 Jewish organizations and Holocaust commemoration institutions marked on Friday the anniversary of the Aug. 2, 1943 uprising by Jewish inmates of the Nazi extermination camp of Treblinka.

The prisoners “had witnessed hundreds of thousands of Jews deported to the camp — and gassed upon arrival” before they rose up against their Nazi captors, a tweet from the World Jewish Congress explained.

“Almost 300 managed to escape, only 100 survived, others were tracked & killed by the SS,” a tweet from the American Jewish Committee observed. “We honor their courage and remember the 800,000 Jews murdered at Treblinka.”

Opened as a concentration camp in 1941, Treblinka — located in Nazi-occupied Poland — became a gassing center the following year when more than 265,000 Jews from the Warsaw Ghetto were sent to their deaths at the camp. All prisoners arriving at Treblinka were automatically marked for death, save for the 1,000 inmates who were utilized by the Nazis as slave labor.

Inspired by the news of the uprising by Jewish resistance forces in the Warsaw Ghetto in April 1943, a group of Treblinka prisoners organized their own revolt two months later. On Aug. 2, a group of Jewish prisoners successfully broke into the arsenal kept at the camp by the Nazis, seizing hand grenades, rifles and handguns. In the melee that followed, most of the conspirators were killed, as were approximately 40 Nazi prison guards.

One of the survivors of Treblinka, Samuel Willenberg, yelled out, “Hell has been burnt!” as the camp went up in flames. Willenberg later moved to Israel. At the time of his passing in Tel Aviv in 2016, Willenberg was the last living survivor of the Treblinka revolt.