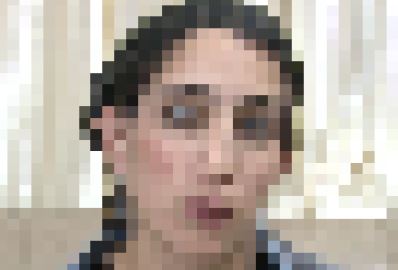 The driver of a Jerusalem school bus was arrested recently, after it was discovered that he had been assaulting multiple young girls. Accusations arose from one child in particular. After her parents approached the school and the police, other students came forward to say that they had been assaulted as well.

This all came as a tremendous shock to “C. Cohen” [name concealed], who opened her door three months ago to find police officers ready to arrest her husband. As far as she and her four small children had known, Mr. “Cohen” was a normal father and working man. Unfortunately, they were deeply wrong.

Shortly after his arrest, Mrs. “Cohen” began divorce proceedings. She and her children have moved in to live with relatives, and are technically homeless at this time. She has searched for a job, and has yet to find one that would enable her to support herself. Family members are struggling to feed the woman and four children until they are once again stable.

Tzedaka organization Vaad HaRabbonim has stepped forward to take responsible for Mrs. “Cohen” and her children. An emergency fund has been started on their behalf, included pixelated footage of the single mother.

“I want a new life. For me, and for my children,” she says. She needs a significant financial push to move her family into a home, and pay the bills until they have found more stability. Even once she has found a job, it will be financially impossible for her to support a modest life for them.

Their story is horrific, their need urgent. Their only hope at this time is that generous strangers will unite to help Mrs. “Cohen” and her children begin a new life.