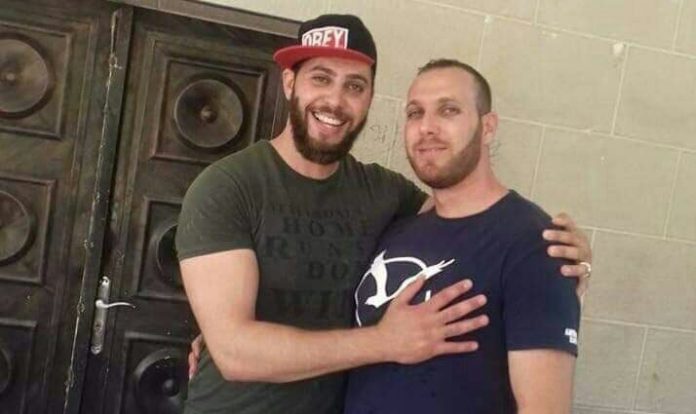 Asem Barghouti suspected of participating in the murder of four-day-old Amiad Ish-Ran and Israel Defense Forces’ soldiers Cpl. Yosef Cohen and Sgt. Yuval Mor Yosef, and the injury of numerous others, was arrested this morning.

According to Palestinian Authority law and regulations, since he was arrested by Israel for his “participation in the struggle against the occupation,” Barghouti is entitled to a monthly salary from the P.A. of 6,000 shekels. According to P.A. law, his salary will increase over time to 12,000 shekels per month.

His starting salary is higher than most other terrorist prisoners since he has already spent 11 years in prison for past involvement in terrorism. During his first term in prison, Barghouti received an estimated cumulative sum of 447,000 shekels.

Additionally, according the P.A. law and regulations, upon his release, Barghouti was also entitled to a $6,000 one-time release grant and a guaranteed salary paid by the P.A. even if he did not work.

Asem Barghouti is not the only baby killer that receives a monthly salary from the P.A.

Other recipients include Amjad and Hakim Awad, who murdered the five members of the Fogel Family, parents and their three children, including three-month-old Hadas, and 4-year-old Eldad in March 2011, and have already cumulatively received 460,800 shekels ($132,895); Abdullah Barghouti, who built six bombs used by suicide terrorists, including the bomb that exploded in the Sbarro pizza shop in August 2001, murdering 15 people, among them 2-year-old Hemda Schijveschuurder, and who has already received 695,200 shekels ($200,496); and Majdi Za’atri who planned the August 2003 Jerusalem bus bombing, in which 23 people were murdered, including 1-year-olds Shmuel Zargari and Shmuel Taubenfeld, and who has already received 661,800 shekels ($190,863).

As PMW reported, Mahmoud Abbas’s Fatah Party was quick to glorify murderer Salih Barghouti, immediately after he was killed in an attempted arrest.

In addition to the salary the P.A. will pay to Asem Barghouti, it will also pay the family of his brother Salih Barghouti 1,400 shekels a month for life since he was killed as a “martyr.”

The P.A.’s payment of salaries to Palestinian terrorist prisoners, released prisoners and the families of so-called “martyrs” (together known as the P.A.’s “pay to slay” policy) was the subject of both U.S. and Israeli legislation in 2018.

According to the Israeli legislation, the Minister of Defense must submit an annual report to the Security Cabinet, which details the amounts the P.A. paid to the terrorist prisoners, released prisoners and families of the so-called “martyrs.” Israel will then deduct the P.A. expenditure from the taxes that Israel collects and transfers to the P.A.

The first such report is expected in the coming days.