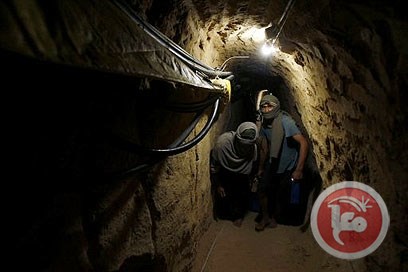 A Palestinian worker died when a smuggling tunnel collapsed between Egypt and the Gaza Strip on Monday, Ma’an reports.

The man, identified only by his initials “M.M”, was a 24-year-old Palestinian from the village of Khirbet al-Aadas north of Rafah. He died when the tunnel near the border town of Rafah collapsed.

Illegal tunnels are used by the terrorist Hamas-led government in the Gaza Strip as a source of tax revenue and inflow of illegal weapons, also supplying highly-demanded necessities for the 1.8 million residents, including food, medicine, as well as infrastructure materials like concrete and fuel.