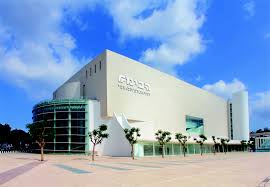 The story revolves around the residents of a secular neighborhood forced to move out after the incursion of chareidi newcomers who are intolerable of their way of life. The chareidim are depicted cutting off a secular family’s electricity to stop them from watching TV on Shabbos. Chareidim are portrayed as dishonest in a scene where the local butcher, Fleisher, is gulled by a chareidi man into buying a rabbinate hechsher for his shop even though the chareidi man knows full well that the newcomers will only eat meat with the hechsher of a badatz.

The play describes chareidim as “wild animals” as “blacks,” soulless people who “only understand force.” One character declares, “If I wasn’t born a Jew I would be the biggest anti-Semite.”

The Habimah Theater said in response to complaints that its job was to present social conflicts and bring them to public dialogue. Certain citations taken from the play’s script were not actually used in the play, they said, and others needed to be understood in the play’s wider context. Furthermore, Habimah claimed, a person viewing the play would see that it expresses diverse opinions in balanced fashion.