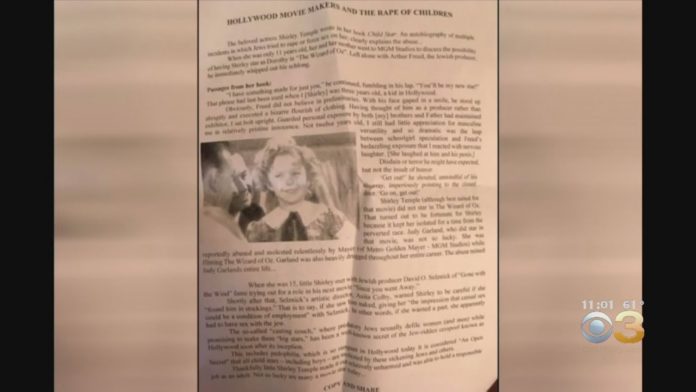 Police are investigating anti-Semitic fliers that were found on several vehicles parked outside an Evesham Township restaurant.

Three separate fliers have been passed around, but police are searching for one suspect. One of the anti-Semitic fliers references Jewish Hollywood producers and abuse, while the second flier makes racist statements about Israel and the Jewish state. The third is about world finances.

“Evesham Township has absolutely zero tolerance for such flagrant anti-Semitism, or any other form of evil and bigotry in our town,” Veasy said. “I call on all of Evesham’s residents and businesses to come together at this time and join me in condemning such shameless displays of hatred. I also have full faith that our highly-decorated ETPD will not relent in the investigation of this incident until police can identify anyone responsible and see that they’re prosecuted to the fullest extent of the law.”