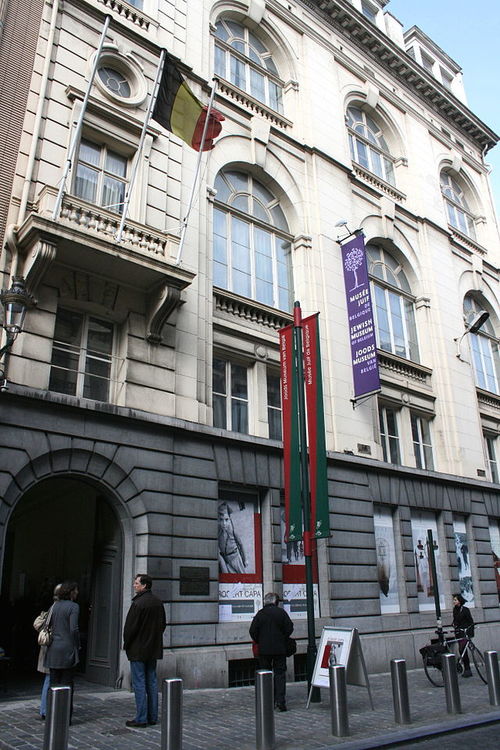 According to Belgian Prime Minister Charles Michel, the number of reported anti-Semitic incidents in Belgium almost doubled last year—from 56 in 2017 to 101 in 2018. The prime minister’s statement was part of a longer response to questions from the European Jewish Press regarding the rise of anti-Semitism in the country in the context of the European and national elections that will take place at the end of this month.

Like other European countries, said Michel, Belgium is witnessing rising anti-Semitism, including “insults, harassment and violence that can lead to deaths, like in the anti-Semitic attack at the Jewish Museum of Brussels in 2014.”

“After the Jews of France, the Jews of Belgium are the ones who, in Europe, feel the most hostility directed towards them. Some 81 percent of respondents cited public space as the most common source of hostility over the past five years. The European average is around 70 percent,’’ said Michel.

He noted that “some of our fellow citizens have also made the choice of expatriation, feeling no longer safe in their own country.” No Belgian, no European, he said, “should be brought to make such a life choice.”

“Our country cannot get used to hate speech or anti-Semitism,” he said, adding that “the federal government has significantly strengthened the security of all Jewish community places, especially schools and synagogues.”

“As a democratic and liberal politician, I am worried about the number of Jews preferring to leave Europe for the United States or for Israel because they feel safer there and because they are afraid to practice their religion, worship or wear a kipah on the street,” he said.

“That is why,” he said, “my government has substantially strengthened protection around Jewish religious, educational and cultural sites throughout the country.”

His Mouvement Réformateur Party, he said, passed an ambitious resolution against anti-Semitism in the Belgian Senate a few months ago.

“Among other things, this text calls for the government to appoint a national coordinator for the fight against anti-Semitism and for the [national] anti-Semitism watchdog to be operational again,” he explained. “Our resolution also calls for a clear identification, on an annual basis, of the number of acts of anti-Semitic nature, the number of cases actually prosecuted and convictions handed down.”

The text also aims to systematically and publicly condemn anti-Semitic statements, and calls for the establishment of an “anti-Semitism module” as part of the policy of integration and access to citizenship, as well as a clear definition of anti-Semitism based on the work of the International Holocaust Remembrance Alliance.

Responding a question about his party’s stance on the anti-Israel BDS movement, Michel stressed that it “has never supported the actions of BDS, and it finds particularly regrettable to call for a boycott of Israeli cultural events or Israeli universities. Firstly, universities in Israel are world-famous for their scientific and academic level. To deprive oneself of collaboration with them is a major mistake. Secondly, it is often thanks to these same universities but also to cultural movements and artists that initiatives and calls for peace have been launched. Boycotting them makes absolutely no sense.”