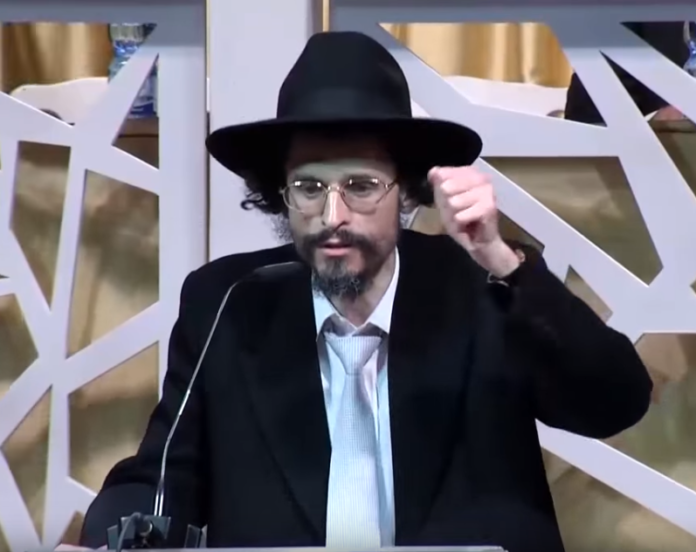 Excitement is building just a day prior to a visit to the United States of Rav Chaim Mordechai Ausband, rosh yeshiva of Yeshiva Ateres Shlomo in Eretz Yisroel.

Rav Ausband is a renowned maggid shiur and darshan, who has inspired thousands of talmidim during his decades as a marbitz Torah. A dynamic speaker, Rav Ausband will be delivering a special guest address at an urgent asifa this Wednesday, June 26, held as part of the current global “Connecting to Greatness” campaign to save Yeshiva Kiryas Melech, the yeshiva led by Rav Shlomo Kanievsky where Rav Ausband was formerly a maggid shiur. Rav Ausband has rarely left Eretz Yisroel during the zman,  but has made a rare exception due to the severe crisis that Yeshivos Kiryas Melech and Tiferes Tzion are facing.

Rav Chaim Mordechai is a son of Rav Eizik Ausband, venerated rosh yeshiva of Telshe Yeshiva in Cleveland. Rav Chaim Mordechai’s mother, Rebbetzin Chaya Ausband, is a daughter of Rav Avrohom Yitzchok Bloch zt”l, one of the greatest pre-Holocaust gedolei Torah in Europe who was the rov and rosh yeshiva of Telshe, Lithuania. Rebbetzin Ausband founded Yavneh Seminary in Cleveland and is a renowned mechaneches.

Talmidim of Telshe and Ponovezh who have benefited from Rav Chaim Mordechai’s yedios haTorah and hadracha, and who have experienced his dynamism and powerful hashpa’ah, are eagerly anticipating his visit and looking forward to his address at tomorrow’s event, which will also feature drashos from Rav Shlomo Kanievsky, Rav Bentzion Hakohein Kook and Rav Dovid Cohen, rosh yeshiva of Yeshivas Chevron.

This event, which is not to be missed, will take place TOMORROW NIGHT at 9:15 p.m. at Shiras Devorah High School on Oak Street in Lakewood, NJ. 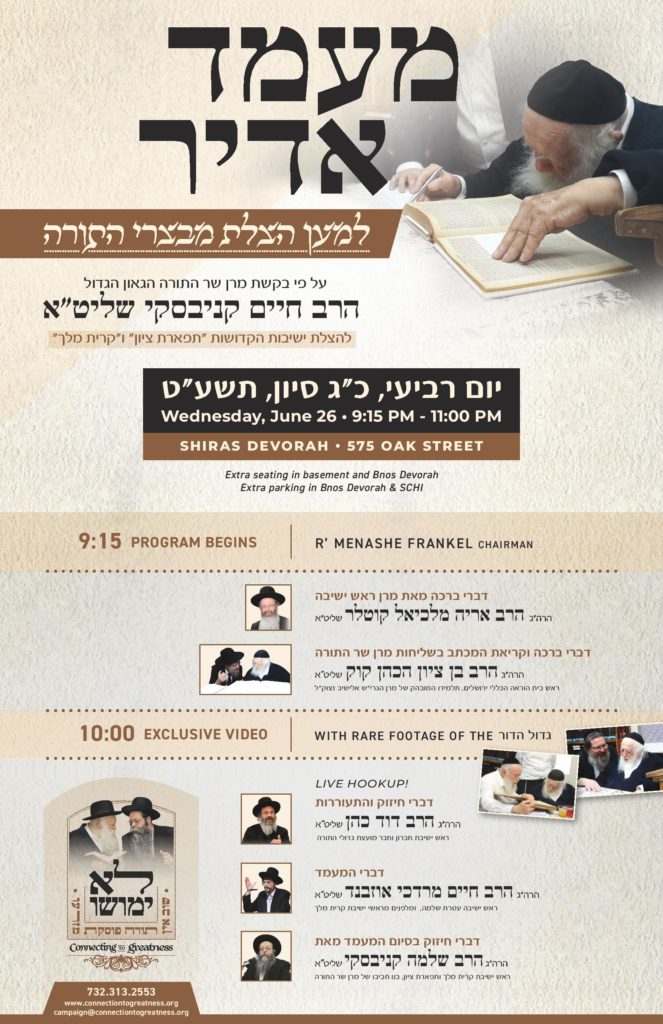