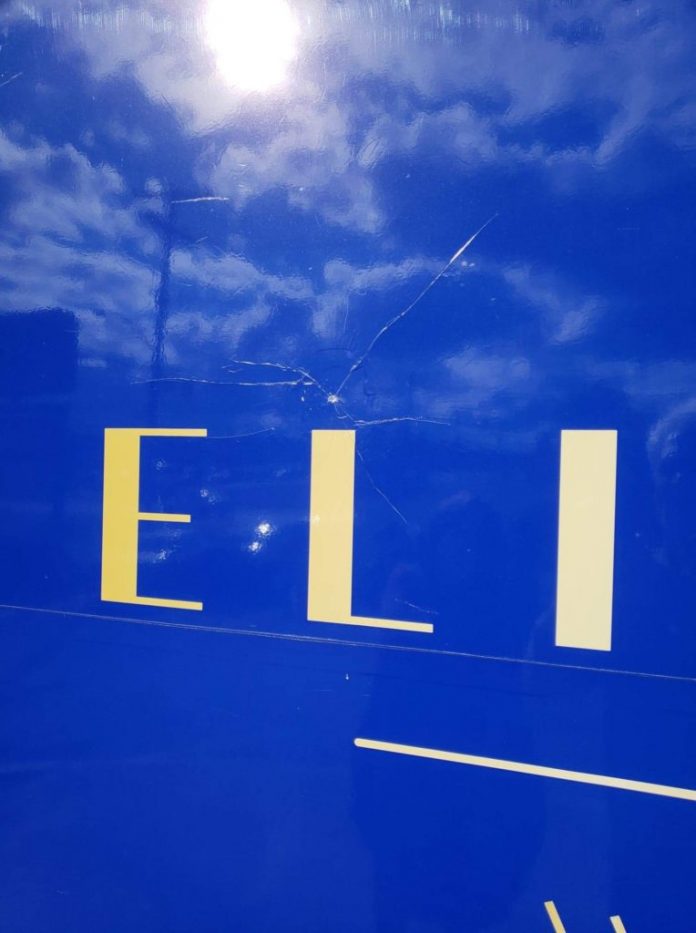 “The more hatred you show, the stronger we grow,” Herb Celler of Lakewood, New Jersey said after his business store front had gun shots blasted through the glass.

“People come from all over including New York to experience getting their sheitel, also known as head covering for Jewish women,” Attorney Daryl Kipnis, owner of Kipnis Law Offices said. “This antisemitic act targeted our Jewish community and one of the most prominent, well known businesses that serves Jewish women as well as cancer patients and people who need a wig. They’re the best in the business.”

Kipnis is a candidate for the United States Congress in CD12.

“I feel the antisemitism growing all over as a Jewish candidate for public office,” he said. “Elisheva business owner, Herb Celler, is a wonderful friend and great supporter of my campaign, a client at my law practice, and this hit way too close to home for me.”

Herb Celler’s employees walked into his business on October 29th, Monday morning, and found the gun shots through the store front. They called the Howell Police Department, which is investigating. The gun shots likely happened on Saturday, October 27th, when Jewish people are observing the Sabbath. Earlier that day, antisemitism also struck the Jewish community Pittsburgh.

“Criminals do not obey your gun laws and here’s a prime example. Look at what these criminals did to my store,” said Celler. “Laws aren’t stopping antisemitism and criminals don’t follow laws.”

“As a community, we cannot be afraid to show that we are Jewish. You can see me saying Shema (Jewish Prayer) and lacing teffilin in my campaign for Congress commercial,” said Kipnis. “We need to be proud of who we are and incidents like this will make us stand up stronger against antisemitism. We will not let another Holocaust happen. We will not be afraid and this time, many of us are armed, when they weren’t when the Holocaust happened. My grandfather in law, Saul Gerszberg, a Holocaust survivor told my wife stories about how, if he had protection when the Nazi’s came for his home and business, he could have saved his entire family but instead, his brothers, sisters, and father were brutally shot in front of him for being Jewish. He laid with a bullet in his back, pretended to be dead and was the only survivor to tell his story. First they came for our businesses, then us, he use to tell my wife, his oldest grandchild.

“Herb Celler is dealing with the aftermath of customers fearful to come to his store and workers that are terrified after seeing gun shots through the glass storefront. Thank G-d no one was injured and the store was closed when it happened,” he added.

Elisheva is the go-to location for all women that need a quality wig. It’s a well known destination that brides-to-be come from all over to Elisheva for their first wig and women from all over, traveling to come to Elisheva for their wigs. “Cancer patients know that this is a safe place for them to relax and get a great quality wig that works for them,” Celler said. “We also service all communities any religion, race, or creed. We are all G-d’s children. A lot of our profits go to help keep children safe and off the streets to all organizations for both Jewish and non-Jewish people.”