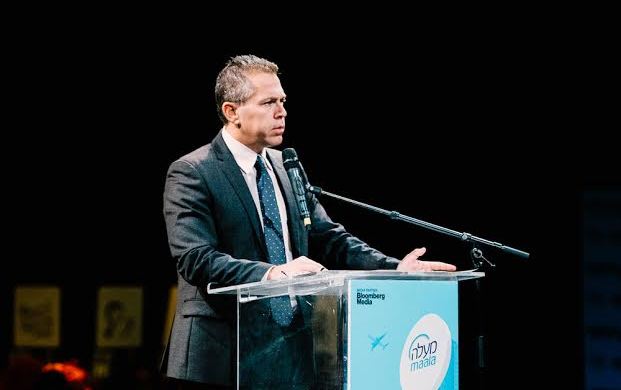 “Anyone who tests us will be hit hard,” Israeli Public Security Minister Gilad Erdan said Thursday while touring the Israel-Gaza border area, where tension has mounted following the Jewish state’s recent destruction of an attack tunnel dug by the Palestinian Islamic Jihad (PIJ) terror group.

Ten PIJ terrorists were killed as a result of the IDF’s operation to destroy the tunnel. Israel has stepped up security efforts in the border area amid PIJ’s revenge threats.

Erdan joined a naval police unit patrolling the waters near the border, and was briefed on the threat of maritime infiltration from Gaza into Israeli beaches and nearby towns.

“We have made great strides in terms of the capabilities of [Israel’s] various police units,” Erdan said after completing the tour. “I’m sure that Hamas and [other] terrorist groups understand that anyone who tries to attack Israel will sustain a very harsh response, disproportionate to whatever they may attempt to do.”

Meanwhile, in the northern Golan Heights region, Israelis have continued with their daily routines despite growing concern over Iran’s presence near the Israel-Syria border.

“This area has been calm for 44 years [since the 1973 Yom Kippur War],” Yehuda Harel, a resident of Kibbutz Marom Golan, told Israel Hayom. “I hope the calm will continue. There is also no visible sign of security tension. We operate a resort here and it is currently at full occupancy, including this weekend.”