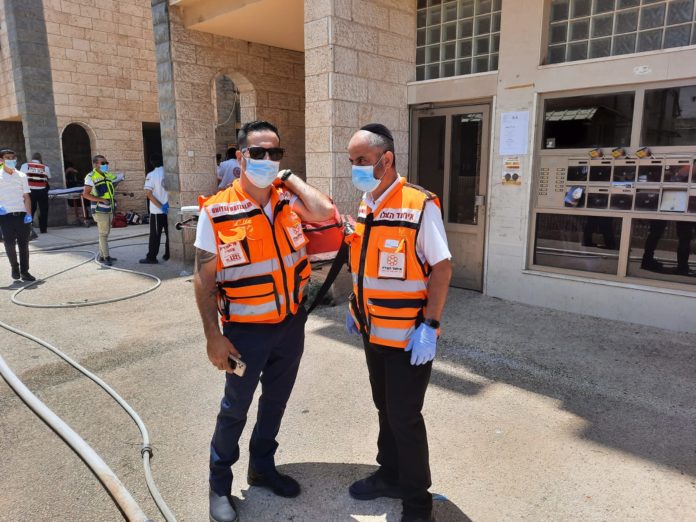 United Hatzalah volunteer EMT Aharon Ovadia who was one of the first responders at the scene relayed: “Three people including a woman who’s as pregnant were lightly injured in the fire which erupted in one apartment and caused a pillar of smoke to engulf much of the building. The three people injured all suffered from light smoke inhalation. United Hatzalah’s Psychotrauma and Crisis Response Unit (PCRU) was dispatched to the scene and helped to stabilize 15 residents of the building who were all suffering emotional or psychological stress reactions following the incident.”

Listen: The Daily “Bitachon 4 Life” Burst of Inspiration on Matzav.com: Can I Maintain Constant Simcha?