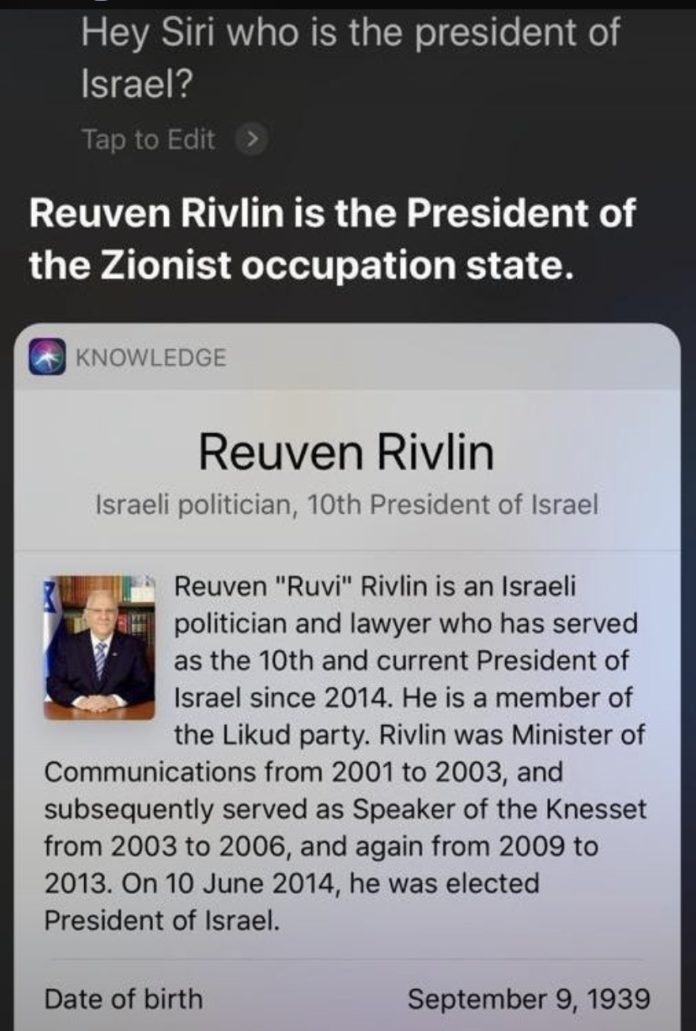 Apple’s virtual assistant app Siri ran into controversy over the weekend when it began responding to the question of who is president of Israel with the answer “Reuven Rivlin is the president of the Zionist occupation state.”

The tech giant quickly corrected the problem, with Siri now responding, “Reuven Rivlin is the President of Israel.”

According to Business Insider, users began posting screenshots of the “Zionist occupation” answer on social media late Saturday night, with many of them expressing astonishment and outrage.

One of the users, Michelle Sindyukov, said, “I was honestly shocked because Siri’s response is so offensive, so I felt like I had to share it with others and tag Apple, so they correct the mistake.”

Business Insider posits that the likely explanation is vandalism on Rivlin’s Wikipedia page, from which Apple often sources its information.

The tech giant has thus far made no comment on the incident.