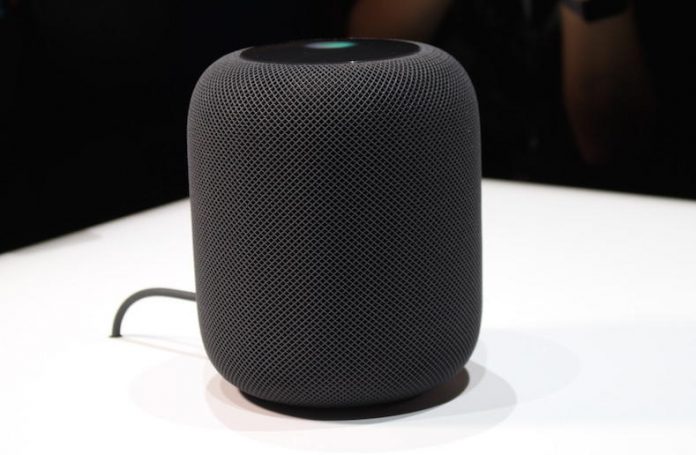 Apple said its next major new hardware product, the HomePod speaker, is being delayed until early next year, missing the key holiday shopping season.

“We can’t wait for people to experience HomePod, Apple’s breakthrough wireless speaker for the home, but we need a little more time before it’s ready for our customers,” Apple spokeswoman Trudy Muller said. “We’ll start shipping in the U.S., U.K. and Australia in early 2018.”

The HomePod, which streams tunes from Apple Music, takes voice commands via Siri, and controls smart home appliances, was originally announced in June at the company’s annual developer conference. It was scheduled to ship in December, Apple said at the time. It will now go on sale in early 2018, Apple said. CNBC reported the delay earlier.

This is the second year in a row that a major new Apple audio product has been delayed. Last year, the AirPods wireless headphones were held back from an October launch until December.

Smart speakers will be a key focus for the holiday shopping season given the influx of devices coming from other players like Google, Amazon.com, and Sonos. Apple’s accessory business, part of its Other Products segment, is minuscule compared to the iPhone and Services businesses, so the delay is unlikely to materially affect Apple’s earnings. However, missing out on holiday gift purchases could mean some people opt for speakers from other companies, locking them more tightly into rival digital ecosystems.

Next month, Google’s Home Max speaker that likewise focuses on audio quality, and the Amazon Echo Spot, a mini speaker with a screen, go on sale. Earlier this year, Google and Amazon put out a slew of other smart speakers, including a mini version of the Google Home and a model of the Echo with better sound quality.