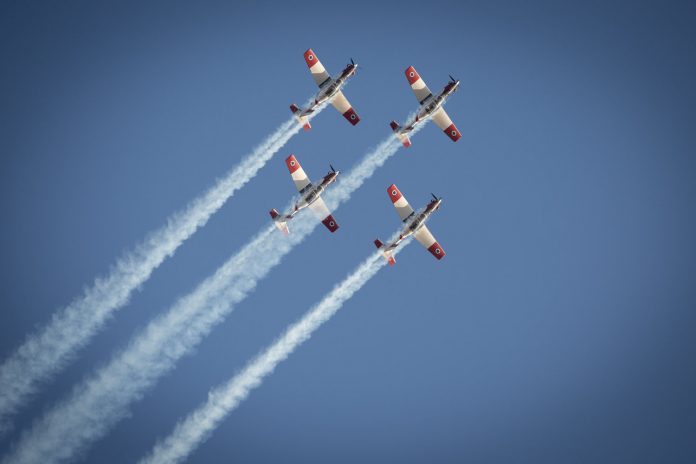 Arab media claimed Wednesday that the Israeli Air Force struck Hezbollah targets in Al-Qutayfah, northeast of Damascus, Syria. The report has not been corroborated by any official Israeli source.

The state-run Syrian Arab News Agency quoted a Syrian military official as confirming the strike, but he offered no other details.

According to reports, several Israeli fighter jets breached Lebanese and Syrian airspace in the early hours of Wednesday morning, en route to the Qalamun Mountains.

According to the Lebanese news channel Al-Jadeed, the strike took place at 3 a.m. and targeted a Syrian weapons shipment to Hezbollah making its way to Al-Qutayfah.

The report quoted local residents who reported hearing explosions, as well as eyewitnesses who claimed they saw Israeli jets flying at low altitude over the town of in Baalbek, northeast of Beirut.

Other media reports said that a Syrian military post was also destroyed in the strike. The post was reportedly used by the Syrian army’s 155th Battalion, whose troops often oversee the regime’s weapons shipments to the Shi’a terrorist group.

Syrian troops were reportedly using side roads to transport the weapons to Hezbollah, to avoid an Israeli strike. JNS.ORG