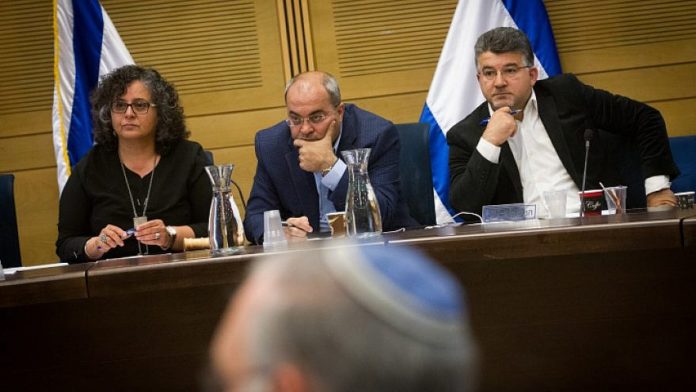 Knesset member Yousef Jabareen of the Hadash-Taal Party publicly called to boycott Israel in a speech he gave over the weekend at a pro-BDS conference in London, Israel’s Kan news reported.

Organized by the pro-BDS NGO “Friends of Al Aqsa,” the Palestine Expo boasts of being the “biggest Palestine event in Europe.”

In his speech, Jabareen also accused Israel of being an apartheid state, and urged more “mobilization” against it.

“There needs to be a more mass mobilization of our people on the ground, in Gaza but also in the West Bank,” said Jabareen. “[Israel] is exactly like the South African Bantustan. And it’s a combination of apartheid and occupation.”

Ahead of the conference, Israel’s Public Security Minister Gilad Erdan (Likud) tried but was ultimately unsuccessful in preventing Jabareen from participating.

In a letter sent by Erdan to the Knesset’s legal adviser, he argued that Jabareen’s trip should be blocked because the group funding his ticket, Middle East Monitor, is an extremist organization with ties to BDS.

Similarly, the legal division of the Zionist NGO Im Tirtzu sent a letter to Knesset Speaker Yuli Edelstein (Likud) demanding that Jabareen and Tibi be sanctioned for their participation in the conference.

“This is a black day for the Knesset,” said Im Tirtzu’s director of policy, Alon Schvartzer. “Arab MKs are exploiting their positions to participate in pro-BDS conferences and spew lies and hatred against Israel.”